Home » MLB » Ohtani on future with Angels: ‘I want to win’ 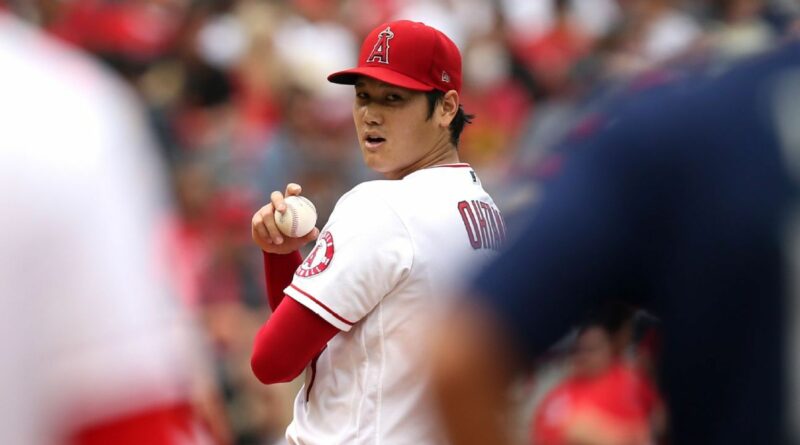 Shohei Ohtani might have locked up the American League’s Most Valuable Player Award on Sunday, with seven dominant innings against a Seattle Mariners team still fighting for a spot in the postseason. But his Los Angeles Angels ultimately lost for the 82nd time in 2021, solidifying something else: a sixth consecutive losing season in Anaheim, California.

Four of those have come with Ohtani on the team, the last of which occurred while he navigated arguably the most uniquely impressive season in baseball history. After Sunday’s 5-1 loss, Ohtani — ineligible for free agency until after the 2023 season — was asked if he wants to stay with the Angels long term.

“I really like the team,” Ohtani said through his interpreter, adding that he hasn’t spoken with the organization about a potential extension. “I love the fans, I love the atmosphere of the team, but more than that, I want to win. That’s the biggest thing for me. I’ll leave it at that.”

Ohtani’s comments came a day after Mike Trout, who hasn’t played since May because of a troublesome calf injury, expressed urgency with his desire to beef up the roster, saying in part: “This offseason is going to be big. We have a lot of money to spend.” Earlier in the week, Angels manager Joe Maddon expressed similar, more pointed frustration.

The Angels got minimal production from the high-priced Trout, Anthony Rendon and Justin Upton in 2021 — not to mention Albert Pujols, who was released before the end of May — but a lack of quality pitching continues to be a major problem

Ohtani, at least, made significant contributions on both sides. He threw seven innings of one-run ball against the Mariners, striking out 10 batters and walking none to lower his ERA to 3.18 and raise his strikeout total to 156. Offensively, Ohtani — with two triples on Saturday and 11 walks over the previous three games — is batting .258/.371/.595 with 45 home runs and 24 stolen bases. His 7.9 FanGraphs wins above replacement leads the majors.

And yet, despite unprecedented contributions, the Angels rank 17th in runs per game and 22nd in ERA.

“If nothing changes on the team,” Ohtani said, “I think it’s gonna be really hard to be in playoff contention.”

The Angels will have Pujols’ contract off the books this offseason, but they will be paying Trout, Rendon and Upton a combined $99.45 million in 2022. (Upton will be in the final year of his contract by then.) The Angels have a need at shortstop, but most importantly, people throughout the sport have said, they need to revamp their bullpen and add two front-line starting pitchers if they truly want to contend.

Max Scherzer, Clayton Kershaw, Justin Verlander, Robbie Ray and Noah Syndergaard are among the free-agent starting pitchers who will soon become available. The Angels could also use either Jo Adell or Brandon Marsh to acquire pitching help, but the two young outfielders have struggled in the major leagues.

The Angels were one of baseball’s most successful franchises in the 2000s, but they have made the playoffs only once over these last 12 years — despite having Trout, arguably the game’s best player, for the vast majority of that time.

“It’s very frustrating, very disappointing,” Ohtani said of missing out on the postseason. “I always look forward to being in the playoff race at the end and trying to talk about the playoffs with my teammates. I always think about it, so, yeah, it’s been disappointing.” 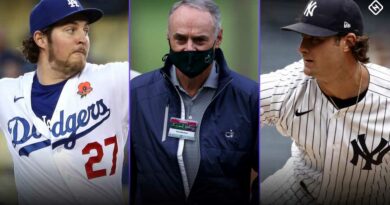 Baseball’s sticky situation: What to know about MLB’s ‘crisis’ with pitchers and foreign substances