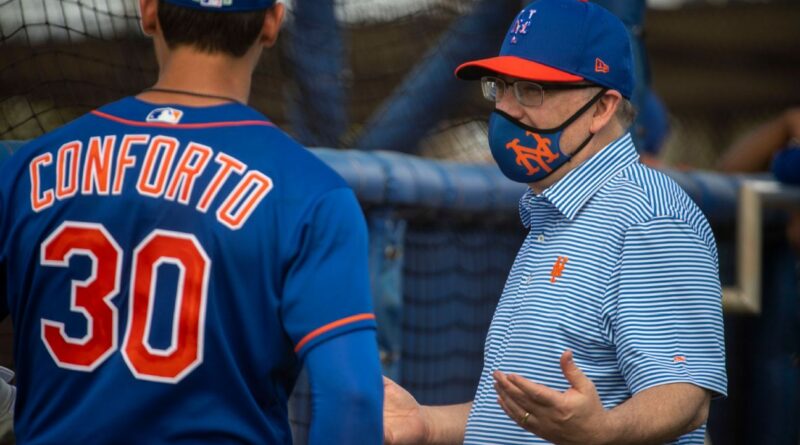 Whatever New York Mets owner Steve Cohen does next, he can do so with a clear conscience, his sense of fairness fully intact. Because a lot of those hired since he was welcomed into the owners club have turned Cohen’s first year at the helm into an unprecedented embarrassment.

The guy initially brought in to be the Mets’ general manager, Jared Porter, was banned from the sport earlier this year for sending sexually explicit text messages. And now the guy promoted to replace Porter, Zack Scott, has been arrested on a charge of driving while intoxicated after he was found sleeping in his car early Tuesday morning. Scott allegedly refused to submit to a Breathalyzer test. The front office has been disastrous, and that’s not even taking the baseball part of the baseball business into account, which, for the Mets, has been extraordinarily disappointing.

The team had a 4½-game lead in the National League East on July 31, and by Aug. 31, the Mets had collapsed to third place, seven games behind the Atlanta Braves. When the Mets didn’t hit well early, team president Sandy Alderson and Scott fired their hitting coaches, and there’s been no change in performance. Francisco Lindor has struggled all year, with a chronically slow bat, and Michael Conforto, Dom Smith and Jeff McNeil have underperformed. Jacob deGrom has been hurt repeatedly; and even after weeks of doctor visits and treatment, no Mets employee can predict with confidence whether deGrom could give them 10 innings or 110 next year. DeGrom been the best pitcher we’ve ever seen by consistently throwing harder than any starting pitcher ever, and nobody can even say for sure whether he can continue in that vein or whether his best chance to be productive is to dial back his velocity.

MLB hot stove: Is this the ‘mystery team’ in on Manny Machado?