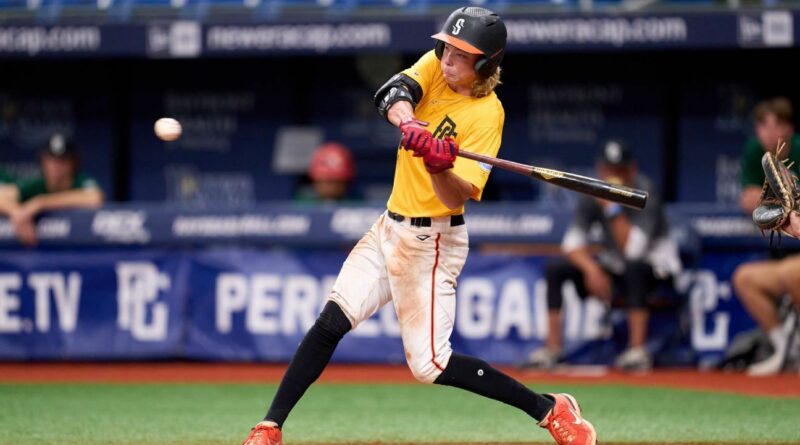 LOS ANGELES — The Baltimore Orioles made high school shortstop Jackson Holliday the first selection in Major League Baseball’s draft on Sunday, but the biggest shock came with the No. 3 overall pick, when the Texas Rangers selected Kumar Rocker, the highly touted pitching prospect who famously did not sign with the New York Mets last season.

Rocker, 22, was selected 10th overall last summer, but the Mets ultimately did not offer a contract after some concerns with his medicals. Rather than return to Vanderbilt, Rocker made five appearances for the Tri-City Valley Cats of the independent Frontier League, posting a 1.35 ERA with 32 strikeouts and four walks in 20 innings. He was expected to go late in the first round, but the Rangers clearly see enough upside to take him high in a draft that does not boast much pitching.

Rocker was named the Most Outstanding Player in the 2019 College World Series and was a finalist for the Golden Spikes Award in 2021 alongside Leiter, leading Division I with 14 wins and 179 strikeouts while adding a 2.73 ERA in 122 innings.

Holliday, the son of seven-time All-Star Matt Holliday, is an elite hitter who made significant strides in several aspects of his game during his senior year at Stillwater High School in Oklahoma. The 6-foot-1, 175-pound left-hander hitter finished his senior season with a .685 batting average and was named Baseball America’s High School Player of the Year.

Holliday previously committed to Oklahoma State, where his uncle, Josh, is the head coach, but will now likely venture directly into professional baseball, where his improving quickness and arm strength is expected to keep him at shortstop. Holliday’s calling card, however, is his hitting. The 18-year-old already has an advanced approach in the batter’s box and accumulated 89 hits in 41 games last season, breaking the high-school record that was previously held by Philadelphia Phillies catcher J.T. Realmuto.

At No. 4, the Pittsburgh Pirates selected Georgia high school shortstop Termarr Johnson. He was followed at No. 5 by outfielder Elijah Green, of IMG Academy in Florida, who went to the Washington Nationals.

The Orioles had the No. 1 overall pick for the second time in three years, after drafting Oregon State catcher Adley Rutschman in 2019, and are just starting to emerge from a prolonged rebuild as players matriculate through their system.

The Orioles, with Rutschman now in the majors, recently went on a 10-game winning streak to vault into the American League wild-card race despite playing in the industry’s most difficult division. In five seasons prior, they lost a major league-worst 64% of their games. Each of their last four first-round picks were collegiate position players, drafting, in descending order: outfielder Colton Cowser (fifth overall in 2021), outfielder Heston Kjerstad (second in 2020), shortstop Jordan Westburg (30th in 2020) and Rutschman.

The draft will be only 20 rounds long for the second straight year, and the Orioles entered it with the second-largest bonus pool in history at $16.9 million. The New York Mets are the only team with two selections within the top 30, one of which is compensation for not signing Kumar Rocker last year, and the Los Angeles Dodgers are the only team with zero, a penalty for the amount at which they exceeded last year’s luxury tax threshold. This year’s No. 1 overall pick comes with a slot value of $8.84 million, but the Orioles, under general manager Mike Elias, have gone under slot with their last two first-round picks in order to use the savings elsewhere in the draft.

Each selection within the first 10 rounds of the draft comes with an assigned value. Teams can ration out the totality of their bonus pool as they please but face overage taxes if they exceed their allotted amounts. First-round picks begin to be taken away if teams outspend their allotted amounts by more than 5%. Teams have outspent their allotments 172 times in the 10 drafts with bonus pools, but never by more than 5%, according to MLB.com. 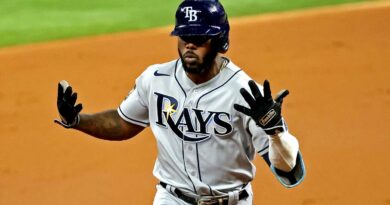 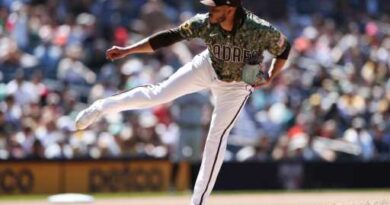