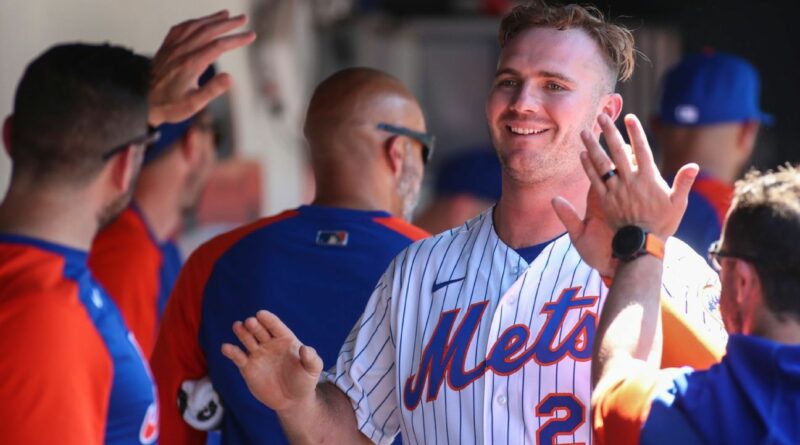 Major League Baseball made the announcement Monday on its official Twitter page, confirming the return of one of the Derby’s most successful hitters.

“It’s a really fun event,” Alonso told reporters in the Mets clubhouse Monday before their game against the Braves in Atlanta. “It’s going to be super exciting, so I’m really looking forward to it.”

“I think I’m the best power hitter on the planet,” Alonso said after the win last year. “Being able to showcase that, and really putting on a fun display for fans, I just think it’s a dream come true for me because when I was young, my parents let me stay up past my bedtime to watch this. That was one of the few nights per year I actually got to stay up past my bedtime, just watch incredible feats that you don’t see in a regular baseball game.”

And now Dodger Stadium will be his stage next Monday, as he takes a break from a regular season that has New York fans thinking about a postseason run. The Mets enter play on Monday with a 53-33 record and a first-place standing in the National League East. Alonso leads the team with 23 home runs to go along with a .273 batting average and 70 RBIs.

Last year — with New York bench coach Dave Jauss pitching to him — Alonso wowed the crowd at Coors Field with a final-round total of 23, in joining Ken Griffey Jr. (1998-99) and Yoenis Cespedes (2013-14) in winning consecutive titles.

“This is just surreal,” Alonso said at the time. “It’s just truly a blessing.”

Alonso confirmed Monday that Jauss will again be his pitcher next week. 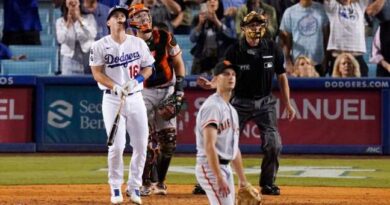 Most epic NLDS matchup ever? Answering the big questions about Giants-Dodgers