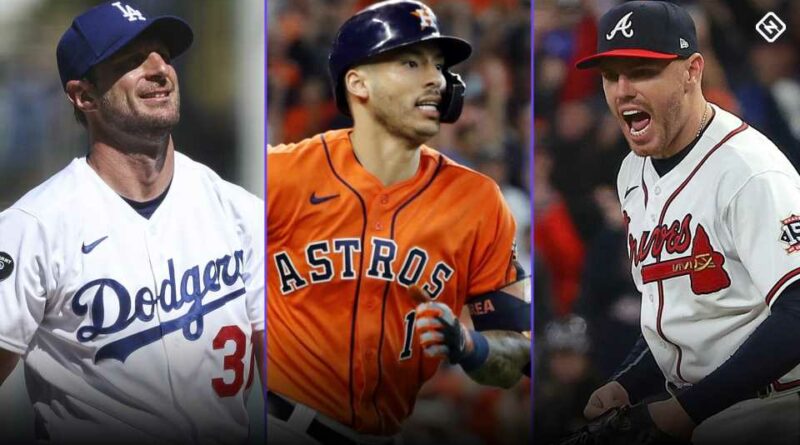 Nobody knows exactly what’s going to happen with the Collective Bargaining Agreement negotiations between MLB owners and the MLB Players’ Association. The current CBA expires on Dec. 1, less than a month away, and you won’t find many folks optimistic that a new deal will be in place by then. Things will get contentious.

How will that uncertainty affect the free-agent market? Great question. Again, that’s a “nobody really knows” answer.

Let’s take a look at this offseason’s best free agents. For now, we made informed guesses on options and opt-outs that have decisions pending. For example, Cleveland has an $11 million option ($2 million buyout) on Jose Ramirez, and there’s no way they let him walk, right? So Ramirez is not on the list. He’ll be added if Cleveland cuts ties.

Anyway, here’s how the Top 50 looks at this moment.

Why he’s here: Correa is one hell of a baseball player. The primary knock on him has been his struggle to stay healthy and on the field, but he played 148 games for Houston this year, popping 26 homers to go with 92 RBI, a 7.2 bWAR — that number led AL position players — and 131 OPS+. He’s an elite defensive shortstop and he’s been outstanding in the postseason, with an .849 OPS and 18 homers in 79 career playoff games. And, yeah, there’s the whole sign-stealing scandal that might rub fans the wrong way, but it’s hard to imagine that being an impediment for a team that sees Correa as a fit. Manager A.J. Hinch is thriving in Detroit now, and who thinks about that with George Springer now that he’s in Toronto?

Why he’s here: Semien would probably prefer to play shortstop, but he showed in 2021 that he’s just fine at second base, too, and his power for that position is something special. Semien bet on himself with a one-year deal with the Jays in 2021 and he performed at an MVP level — 42 homers, 7.1 bWAR, 115 runs scored. His reputation as a leader matters, too. He might be “old” compared with Correa and Seager, but at 31 he still has several productive years in front of him.

Why he’s here: There’s just no way Atlanta can let him leave. None. Zero. But he’s a free agent, and he’s one hell of a player, so he’s on this list. Can you imagine how Braves fans would react if Atlanta offered Freeman a below-market deal and he left? It would be the shortest post-World Series honeymoon in the history of baseball.

Why he’s here: Like Semien, Ray bet on himself with a one-year deal with the Jays in 2021, and like Semien he thrived with that club (hmm … maybe other free agents should consider Toronto?). He finally seemed to solve the control issues that had long kept him from joining the elite circle of starters; his 2.4 walks per inning in 2021 was light years better than his career average of 4.3 heading into the season. Ray led the AL in ERA, innings, strikeouts and WHIP, just to name a few stats.

Why he’s here: At some point, Scherzer will slow down, right? We haven’t seen any signs of that yet, though. Maybe his days of working on short rest in October are gone, but the impact this intense competitor can make on a contending team is undeniable. Teams will be lining up to offer two-year deals with a sky-high AAV.

Why he’s here: After a largely forgettable 2020 season, Bryant reestablished himself as an All-Star caliber player in 2021, with the Cubs and the Giants. He won’t get the bank-breaking blank-check megadeal he once seemed destined for, but what team that fancies itself a World Series contender wouldn’t want to add a middle-of-the-order bat who is capable of starting at five positions on the field?

Why he’s here: On the subject of Castellanos and his free-agent prospects — he opted out of the two years and $34 million on his deal with Cincinnati — you might hear a decent amount about shaky defense and other nitpicky things, and you might even see other places rank Castellanos outside the Top 15 free agents because other free agents are more “all-around players.” Forget about all that. Nick Castellanos can hit, and he can hit anywhere. He’s the type of bat that helps a “meh” offense become a good offense, or a good offense become a great offense. Don’t overthink it. If your favorite team needs an outfielder (or a DH) and the offense needs a boost, Castellanos is the best option.

Why he’s here: He’s probably not landing a five-year deal heading into his Age 33 season, but Marte still is a great player. He led the majors with 47 stolen bases despite playing just 120 games combined for the Marlins and A’s, and he posted a career-best on-base percentage (.381) and OPS+ (131), plus a bWAR of 4.0 or better for the sixth time in his career. A three-year deal with a relatively high AAV seems reasonable.

Why he’s here: The Mets had dozens of issues in 2020, but Stroman was not one of them. He made 33 starts for the club, posting a 3.02 ERA and 3.49 FIP, with only 2.2 walks per nine. Some have criticized Stroman for only throwing 179 innings in those 33 starts, but that total is impacted by a couple of short outings that were not performance-related, such as April 11, when umpires started the game and then pulled Stroman off the mound for a rain delay after he’d faced just two batters. Or June 22, when he left after an inning because of a hip issue. Here’s a more relevant stat: Stroman pitched at least five full innings in 29 of his 33 starts — including every July, August and September outing — and only three pitchers topped that number: Zack Wheeler, Walker Buehler and Julio Urias.

Why he’s here: Truth is, I think a lot of people are sleeping on Báez and his potential huge impact on his next team. I’ll admit, I’ve been one of them. But the way he finished the season with the Mets — after the whole dumb “thumbs down” thing — harkened back to his best days with the Cubs, when he finished second in the NL MVP voting in 2018. In his final 26 games of the season, Báez hit .366 with a 1.024 OPS, with five homers, five stolen bases and 14 home runs. In the right situation, he could again be a star.

Why he’s here: Gausman was outstanding in 2021 for the Giants, posting the best season of his career. He had a 2.81 ERA/3.00 FIP in 33 starts, with a 10.6 K/9 and 2.3 BB/9. Plus, he played last year after accepting San Francisco’s qualifying offer, so he has no draft-pick compensation attached, which is nice for him.

Why he’s here: Remember what we said about Castellanos? Same thing with Schwarber. The bat plays, at an elite level, and with the DH likely arriving in NL parks next year and beyond, the lefty slugger should have no shortage of suitors this offseason.

Why he’s here: Seems a bit high for Taylor, you might think. Ask any Dodgers fan about Taylor’s valuable versatility and they’ll tell you it’s too low. Taylor has long been the unsung hero for the primary L.A. franchise, and it’s hard to think the Dodgers will let him leave.

17. Noah Syndergaard, SP (29). You can bet the two innings he threw at the end of the season helped ease concerns teams might have had about his return from Tommy John surgery. Thing is, he’ll only be 29 and the track record of players coming back is pretty solid. Does he take a one-year deal to reestablish value or will some team sign him longer term?

20. J.D. Martinez, DH (34). With the DH likely coming to the NL, Martinez could opt out of his final year ($19.375 million) and should have no problem landing a two-year pact somewhere.

21. Jorge Soler, OF (30). Did any player bump his value more than Soler in the postseason? It’ll be interesting to see how teams evaluate him; do they give more weight to his struggles in Kansas City in 2020-21 or his dynamic play with Atlanta?

22. Eddie Rosario, OF (30). OK, maybe this guy bumped his value as much or more than Soler. Same question for him about how teams weight performances. Thing is, he just took so many great at-bats in the playoffs — not just the extra-base hits, but the walks, too — it’s easy to see teams offering pretty lucrative multiple-year deals.

24. Avisail Garcia, OF (30). Garcia had enough PAs to turn a $12 million club option into a mutual option, and coming off a 29-homer season seems to be an ideal time to test the free-agent market.

26. Raisel Iglesias, RP (32). Iglesias is coming off what just might be his best season in the bigs, with 34 saves (in 39 opportunities), a 2.57 ERA and 13.2 K/9. He’s a few years younger than the closer a few spots below, but he doesn’t have nearly the same postseason experience.

28. Kenley Jansen, RP (34). Maybe he’s not the dominant force he once was, but Jansen is still an effective, top-tier closer who looks like he has several years of success still ahead of him.

30. Nelson Cruz, DH (41). Cruz still hit home runs after his trade to Tampa Bay — 13 in 55 games — but his slash line numbers all dropped, resulting in a .725 OPS in those 55 games with the Rays, way down from what it had been in Minnesota (.907). That might drop his asking price a bit, but at 41 it’s not like he was looking at potential three-year deals anyway.

What you need to know about Robinson Cano’s PED suspension