Home » MLB » Red Sox Invite 2004 Players To Throw Out Game 2 First Pitch, Except One Guy For Some Reason

At Game 2 of the World Series tonight, the Red Sox will have players from the 2004 championship team throw out the first pitch. All of Boston’s faves will be there: David Ortiz! Jason Varitek! Even Alan Embree found some time in his busy schedule to make it. One guy who will not be there, because he wasn’t even invited, is the bloody sock guy.

In the event that you are learning of this for the first time, Curt Schilling, before he turned into a deranged right-wing nutjob who prized memes more than employment, was a talented baseball pitcher who played through an ankle injury in the 2004 postseason. He had the red sock! The curse was reversed! Schilling still lives in Massachusetts, so he could easily swing a trip to Fenway Park if needed.

Alas, the team does not want him. One Red Sox honcho tried to carefully explain why without explicitly saying, It’s because Curt Schilling is an asshole and a lunatic:

Brutal. At last check, Schilling was ranting about some dumb Breitbart shit:

For what it’s worth—nothing—Schilling threw out the first pitch at a Diamondbacks game in August, and showed up to a Phillies game in June. Perhaps the Red Sox don’t want his embarrassing ass on a national broadcast. 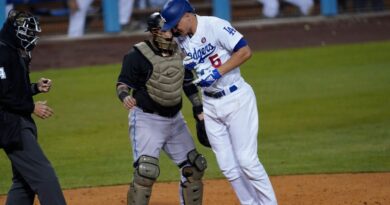