BOSTON — Behind a strong outing from starter David Price, the Boston Red Sox won their 117th game of 2018 and their sixth straight postseason victory on Wednesday in Game 2 of the World Series by beating the Los Angeles Dodgers, 4-2.

The Red Sox took an early lead off Dodgers starter Hyun-Jin Ryu in the bottom of the second, when Xander Bogaerts’ long double off the left-center field portion of the Green Monster put him in position to score on an Ian Kinsler single.

Price looked sharp from the start, allowing no hits over the first three innings before running into his first — and only — trouble in the fourth. David Freese led off the inning with an opposite-field liner that bounced just in front of Mookie Betts’ glove for a single. Manny Machado followed with a single up the middle, then Chris Taylor worked out a full-count walk to load the bases with Dodgers with no outs. Freese would score on a Matt Kemp sacrifice fly, and after an Enrique Hernandez strikeout, Yasiel Puig knocked a single to center that scored Machado to give Los Angeles its first lead of the series.

Ryu looked apt to match Price until things fell apart for him with two outs in the bottom of the fifth. The left-hander left the game after two singles and a walk loaded the bases, and for the second straight night, veteran reliever Ryan Madson allowed all his inherited runners to score. A walk to Steve Pearce forced in the tying run before a J.D. Martinez liner to right field drove home two more.

The Dodgers were still sitting on their first lead of the World Series with two outs and no one on base in the Red Sox’s half of the fifth when things unraveled swiftly for Ryu. A pair of singles put two runners on base for Andrew Benintendi. The Red Sox’s left fielder worked the count full, fouled off a pair of good curveballs, then took a fastball well below the zone for a walk. The free pass loaded the bases and forced Ryu from the game in favor of Madson, who walked home the tying run then allowed the two-run single by Martinez that gave Boston a two-run lead.

Man of the moment

Price went winless in his first 11 career postseason starts, but took his second straight playoff victory with his Game 2 effort. The left-hander relied heavily on his changeup to get swings-and-misses in his stellar, series-clinching ALCS Game 5 start in Houston, but on Wednesday succeeded by mixing locations with fastballs and keeping Dodgers hitters off balance to yield weak contact. Price allowed only three hits and two runs in six innings while striking out five and walking three in the win.

State of the Dodgers

The Dodgers return to Los Angeles looking to climb back into the series, at risk of the Red Sox finishing them off at Dodger Stadium before the World Series moves back to Boston for potential Games 6 and 7. They’ll turn to rookie right-hander Walker Buehler for the start in Friday’s Game 3. Buehler went 8-5 with a 2.62 ERA in 24 regular-season outings. He got his first career postseason off to a shaky start and took the Dodgers’ lone NLDS loss in Atlanta, but rebounded in the NLCS with a solid outing in a Game 3 loss and a strong 4 ⅔-inning start in the deciding Game 7.

State of the Red Sox

Cora has not yet committed to a Game 3 starter, but said before Wednesday’s game that it would either be Nathan Eovaldi or Rick Porcello, depending on whether he needed either or both out of the bullpen in Game 2. Since Eovaldi worked the eighth inning on Wednesday, Porcello will presumably get the nod, with Eovaldi then following in Game 4. Porcello last pitched in Game 4 of the ALCS, when he allowed four runs in four innings in the Red Sox’s wildest win of the postseason to date. Porcello has a career 5.09 ERA in 35 ⅓ innings across 15 playoff outings.

The plucky underdog story of the season? The Yankees, of course! 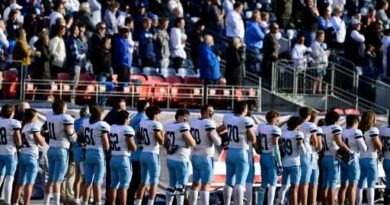