The 2018 World Series resumes on Friday night, with the Los Angeles Dodgers hosting the Boston Red Sox for the first time in the best-of-seven series. The Dodgers need the home-field advantage right now — they enter trailing the Red Sox by a 2-0 margin. As such, there’s a chance that Fenway Park has hosted its final game of the season. At minimum, the Red Sox cannot be eliminated outside of their home ballpark the rest of the way.

The Red Sox will send Rick Porcello to the bump with the hope that he gives them a 3-0 lead in the series. Porcello had a 4.28 ERA in the regular season and has allowed five runs in 10 2/3 postseason innings. The Dodgers will counter with rookie Walker Buehler, who will make his World Series debut. Buehler had a 2.62 regular-season ERA and has allowed 10 runs in 16 2/3 innings across the NLDS and NLCS.

So who wins every playoff game? And which teams are a must-back? Visit SportsLine now to get MLB Playoff picks from the proven model that simulates every game 10,000 times, and find out.

Red Sox: The Red Sox are sitting relatively comfy. Even if they win just one of the three games in Los Angeles, they’ll return home with two chances to get the series-clinching victory. That seems doable. If and how the Red Sox manipulate their lineup to get J.D. Martinez’s stick in there will be something worth watching — it doesn’t seem likely that Mookie Betts will play second base, meaning they could have Betts shift to center with Jackie Bradley Jr. hitting the bench.

Dodgers: It’s pretty simple, right? The Dodgers need Buehler to come up big to avoid falling into a near-insurmountable 3-0 deficit. Buehler has at times looked like the best pitcher in L.A.’s rotation, so he’s certainly capable of getting the Dodgers back into this series. If he fails, however, the Dodgers will be in an awful position.

We have the Red Sox winning the World Series. That established, we have a hunch Buehler will have an impressive debut in the Fall Classic

So who wins every playoff game? And which teams are a must-back? Visit SportsLine now to get MLB Playoff picks from the proven model that simulates every game 10,000 times, and find out. 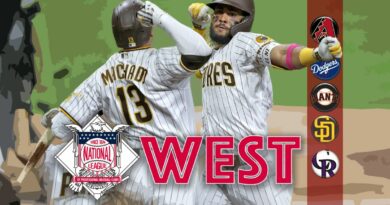 NL West Preview: The Rise of San Diego, the reign of L.A. 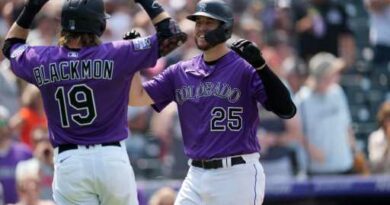