The Los Angeles Dodgers and Boston Red Sox played the longest World Series game in history that ended as the clock was approaching 4 a.m. ET Saturday. Now the teams — and the bullpens — pick up the pieces for Game 4, Saturday night at 8:09 p.m. ET from Dodger Stadium. Los Angeles is at -169 on the money line in the latest Red Sox vs. Dodgers odds, up from -140 — you’d need to bet $169 to win $100. The Red Sox are at +150 (wager $100 to win $150) with the Over-Under on runs scored at 7.5. Los Angeles got a much-needed 3-2, 18-inning victory; Boston holds a 2-1 lead in the best-of-seven series. But now what? Before you lay any Red Sox vs. Dodgers picks of your own, there’s no better expert out there than Adam Thompson.

Thompson, who covered major sports for 20 years as a writer and columnist before joining SportsLine, cites deeply researched stats and trends you likely haven’t considered to build his astonishing streak — not to mention watching as much action as possible. Thompson has also shown a strong knowledge on how both of these team’s work, going a combined 35-15 on games involving Los Angeles or Boston.

We can tell you Thompson is leaning Under on the total, but his big pick is on the money line. You can find that over at SportsLine.

Thompson knows there are a lot of variables at play for Game 4 after both teams slogged through a game that lasted more than seven hours before Max Muncy hit a walk-off HR in the bottom of the 18th inning for a 3-2 Dodgers victory.

The Red Sox used its presumed Game 4 starter, Nathan Eovaldi, for six innings of relief on Friday. Alex Cora indicated after the game that Saturday’s new starter would be a left-hander — possibly Eduardo Rodriguez (13-5, 3.82 ERA).

Boston’s offense was the best in baseball this season, leading the league in runs scored, batting average, on-base percentage, slugging and OPS. It took an incredible effort to hold Boston to just two runs on Friday. How incredible? L.A.’s starter and eight relievers held Boston’s top four spots in the batting order — led by Mookie Betts, Xander Bogaerts, Mitch Moreland and J.D. Martinez (and Ian Kinsler in relief) — to 0-for-28 hitting. That isn’t likely to happen again.

The Dodgers are expected to throw LHP Rich Hill (11-5, 3.66). Hill tossed one inning of relief in Game 6 of the NLCS on Oct. 19. His last real stint of action was a five-inning, one-run effort on Oct. 16 against the Brewers.

Like Boston, L.A. is also in a bit of an offensive funk this World Series. The team is hitting .177 through three games, with Joc Pederson, Cody Bellinger, Enrique Hernandez, Brian Dozier, Michael Taylor and Austin Barnes a combined 3-for-49.

With two pitchers not usually expected to log massive innings, the bullpens may be the key. Each team used nine pitchers on Friday. The Sox sacrificed their Game 3 starter in relief, while the Dodgers gave two innings each to top relievers Kenley Jansen, Pedro Baez and Kenta Maeda.

Thompson has locked in his Game 4 World Series pick, unearthing several critical x-factors you’re not even thinking about for his confident pick.

So who wins Red Sox-Dodgers, and what are the critical x-factors that have Thompson siding strongly to one side? Visit SportsLine now to find out Adam Thompson’s World Series Game 4 pick, all from an expert crushing the sportsbooks on MLB picks, including going 35-15 on games involving these teams and 25-8 overall since Sept. 8. 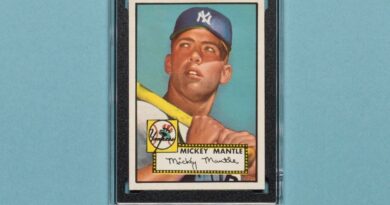 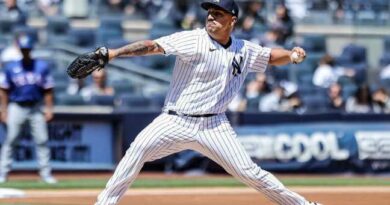