Riley Pint, the Rockies’ first-round pick in 2016, and the fourth overall player selected in the draft, has decided to retire.

“I’m not going to talk about personal conversations Riley and I have had about this decision, but we have talked a good amount of time,” Rockies assistant general manager of player development Zach Wilson said. “It came down to some personal decisions that he made about where he is with his life.

“The Rockies fully support his decision and where he is at. And I will always support his personal feelings and where they will take him with his life.”

Pint, 23, threw a 102 mph fastball when the Rockies selected him out of St. Thomas Aquinas High School in Overland Park, Kan., but he never pitched above low-A level in the Rockies’ organization, in large part because of control issues.

“But, clearly, his history of the lack of strike-throwing is out there. It was something he tried to overcome.”

Pint, who received a $4.8 million signing bonus with the Rockies, also struggled with injuries. In 2018, he battled forearm stiffness and later an oblique injury that limited him to 8 1/3 innings between short-season Boise and low-A Asheville.

His biggest issue, however, was too many walks. At Asheville, he walked 59 in 93 innings pitched. As Pint struggled to find answers, the Rockies shifted him to relief work full-time in 2019.

According to his father he needed to find a way to relax, rediscover his pitching motion and begin throwing consistent strikes.

“He’s in a much better place now than he was last year,” Neil Pint told The Post in October. “His delivery is much smoother and he’s comfortable on the mound. I think we figured some things out.”

Wilson left the door open for Pint to return, should Pint wish to try.

“He’s a wonderful young man with enormous talent and a great, great arm,” Wilson said. “We’ll see where his life takes him. You never know.” 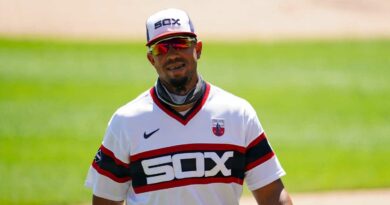