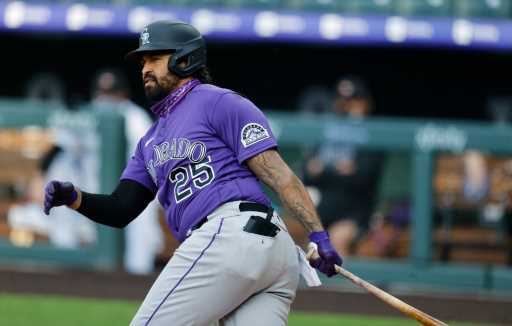 With the Baseball Americas Qualifier underway this week in Florida, three individuals on the Team USA roster have a connection to the Rockies.

The winner of the tournament will join Japan, South Korea, Mexico and Israel as qualifiers for the Tokyo Olympics this summer as baseball returns to the games for the first time since 2008.

Matt Kemp is one of the most notable veterans on a Team USA roster and has been serving mostly as the designated hitter. In the condensed 2020 season with the Rockies, Kemp slashed .239/.326/.419 with six homers, but he didn’t receive an invite to any camps this spring and his MLB career appears over.

DJ Johnson debuted in September 2018 with the Rockies following a winding road to the big leagues, including eight seasons in the minors across five organizations. The right-hander had a 4.88 ERA across 35 games for Colorado and spent 2020 pitching in Japan; he’s now in the Indians organization.

Jerry Weinstein is the Team USA bench coach. Weinstein has been with the Rockies since 2007 in a variety of roles, most currently as a special assistant. He won the 2021 Lefty Gomez Award, given annually to an individual who’s contributed significantly to the game locally, nationally and internationally.

If you enjoy The Denver Post’s sports coverage, we have a new subscription offer for you! Try the first month for just 99¢

+ Rockies Mailbag: Have a question about the team? Tap here to ask Patrick Saunders.

+ Want to chat about the Rockies? Ask to join our closed discussion group on Facebook.

If you see something that’s cause for question or have a comment, thought or suggestion, email me at [email protected] or tweet me @beetbailey.