Home » MLB » Rockies Mailbag: Ezequiel Tovar is red hot, but will prospect get called up? 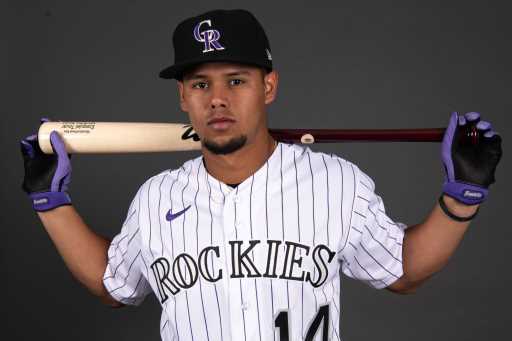 Patrick, why does it seem that the Rockies are reluctant to promote some of their top prospects to the active roster? The Orioles and Pirates, two teams struggling, both recently called up prospects to inject some life into their respective lineups and also their fan bases. With the Rockies’ offense struggling and Kris Bryant on the injured list, it seems this team is in desperate need of a slugger like Elehuris Montero to provide a spark.

Or since Hilliard and Hampson have struggled all season, why not call up Ezequiel Tovar and move Iglesias to a utility role and give another outfielder, such as Ryan Vilade, a chance to prove himself?

Keep up the great work.

Jon, the Rockies are conservative when it comes to promoting their top prospects. Agree or disagree, it’s their philosophy.

I don’t believe it’s about money or starting the player’s “arbitration clock” sooner than they would like. It’s just that the Rockies want their prospects to get a lot of minor-league seasoning before they get called up.

That being said, with general manager Bill Schmidt now in charge, I think the Rockies might be more aggressive with their promotions. That will be especially true if the Rockies continue to fade out of playoff contention.

Montero has already made his big-league debut, but the truth is that he’s still very raw as a corner infielder. His only effective role at the major-league level right now would be as a designated hitter. Manager Bud  Black is already trying to juggle a number of players, including veteran Charlie Blackmon, so giving everyone playing time is always a delicate dance for a manager.

And it does a young player no good to get called up and then sit on the bench. They need playing time.

However, if I were the GM, I would call up Tovar this season. All indications are that he’s going to be a star, so why not give him a jumpstart now? I think he’s got the right mentality to handle it. All indications are, however, that Tovar will move up to Triple-A this season but won’t make his Rockies debut until 2023.

If the Rockies are completely out of contention by the trade deadline in late July, and if they make some deals for players such as Iglesias and Randall Grichuk, that might open up a wider door for prospects.

Is Kris Bryant the latest player to sign a contract and retire but not tell the Rockies, ala Daniel Murphy, Ian Desmond and Jose Reyes? Over/under 75 home runs for Bryant’s Rockies career?

Joe, if I understand your question, and sarcasm, you believe that Bryant is already washed up at age 30. That’s jumping to a huge conclusion without any basis in facts.

Bryant’s back injury is disconcerting and frustrating, for sure, but it’s far too early to write off his Rockies career. From everything I have been told, Bryant does not have any major structural issues with his lower back — no bulging discs or nerve damage.

Having said that, Bryant’s injury is a huge disappointment during what’s already been a trying season. But as Bryant has repeatedly said, he didn’t feel like he was helping the team while trying to play hurt.

First of all, condolences to your family on your father’s passing.

The bright optimism we all had before the season has disappeared into the dim reality of a lack of talent, it appears. What is the most troubling statistic — an OPS of .729, an ERA of 4.98, or the 37 errors committed? Or has the absence of Kris Bryant affected the team on and off the field? Thank You. Please take care.

Thanks, Robert. And thanks to all of the people who reached out to me and my family following my dad’s death. He was a terrific journalist, but more important, he was a kind-and-decent man.

As for your question, that’s a tough one to answer. It’s like picking the lesser of three evils. My gut tells me that the Rockies’ 37 errors are the most troubling because the errors prompt such a visceral reaction. The Rockies have often looked like a sloppy and not very smart team.

Plus, after the entire pitching staff posted a 4.52 ERA in April, that number soared to 5.35 in May. That’s not a good trend, especially with the weather soon heating up and baseballs flying at Coors Field.

As for Bryant, his absence from the lineup has hurt, for sure. He was supposed to provide home runs and RBIs from the heart of the order. Off the field, however, I don’t think his absence has affected the team much.

Dear Patrick, sorry to hear about your father. My condolences. I was a fan of his work for many years, and I am a big fan of yours.

Allan, thanks so much for taking the time to remember my dad. He was a special person and an icon of Colorado journalism.

My family and I have been overwhelmed by the kind words about my father. I knew that he was a popular columnist but I honestly didn’t know just how many people he reached. He had a remarkable life.

How much longer is the leash for Carlos Estevez? We’ve continually used him in hopes that his high velocity will translate to results. It’s not worked.

Nathan, Estevez’s lack of success is a head-scratcher. As you mentioned, the velocity of his fastball (96.4 mph, down from his career average of 97.3) and his slider (86.4, down from 87.0) would lead you to believe that he would be a dynamic late-inning reliever. But his pitch command is just not sharp. That’s why hitters have a .310 average against him, and why manager Bud Black no longer uses him as a set-up man.

The talent is still there, but Estevez has a lot to prove before he can regain the Rockies’ trust. He’s been supplanted by Alex Colome and Tyler Kinley in the seventh and eighth innings. 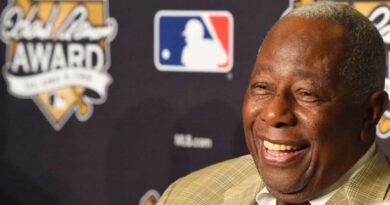