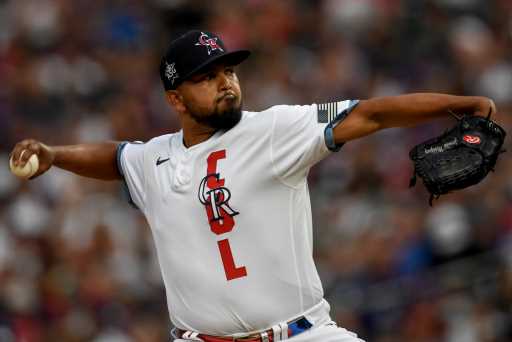 Before reporters and social media swotters start fishing for trade stories, Bud Black is planning on doing a little angling of his own.

“I’m going to go fly fishing at 6 in the morning (Wednesday) …” the Rockies manager said late Tuesday night outside the home clubhouse at Coors Field after coaching the National League squad in the Major League Baseball All-Star Game.

“That’s going to be great. Maybe catch some trout and then put ’em back in the river. But that’s therapeutic for me: Some Colorado fly fishing.”

With the Midsummer Classic out of the way, Black and the Rockies get a short breather before the season resumes Friday with a three-game home weekend series against the Los Angeles Dodgers.

Colorado fans, meanwhile, are getting ready to take some deep breaths — and get long looks at some veteran mainstays — with the MLB trade deadline looming on July 30.

“No, I don’t worry,” Black said of the speculation to come. “I’ve been in this game long enough to know that most of the noise out there is going to be just rumors.”

Black said he’s had “conversations” with a couple of Rockies players to prepare them for what might be coming down the pike, at least in terms of conjecture, before the end of the month. And how best to navigate it.

“(I was) giving them my advice about how to handle the next few weeks,” Black said. “And they get it. Ballplayers are built to play. You know? It’s best for them to just think about what they do, and that’s to play baseball. And not worry about all the other stuff.”

Black hailed Rockies ace German Marquez’s scoreless fourth inning Tuesday night against the American League in the righty’s all-star debut. The 26-year-old has been brilliant over his previous five starts, posting a 4-0 record with an 0.75 ERA while striking out 34 and walking six over his last 36 innings of regular-season work.

Does that sparkling form make the Venezuela native a more enticing rumor target? Especially with so many national writers finally getting a closer look this week at an arsenal Rockies faithful have embraced over the last six seasons?

“No, I mean, German is fine,” Black countered. “We talk about this all the time, (for him) to keep perspective and keep focused. So, no.”

Vote: Who is USA TODAY Sports’ 2019 Minor League Player of the Year?