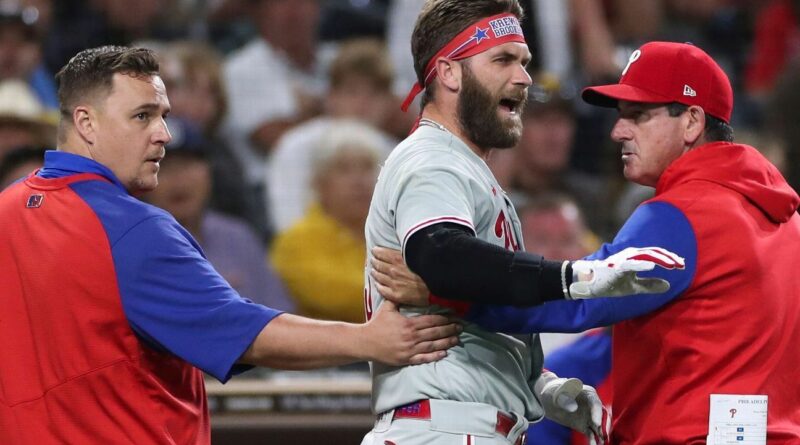 SAN DIEGO — Philadelphia Phillies outfielder Bryce Harper has a broken left thumb after being hit by a 97-mph fastball from Blake Snell in the fourth inning Saturday night against the San Diego Padres.

The team announced the injury to the reigning NL MVP, who will be out indefinitely. He will undergo further evaluation in the next few days.

Harper checked his swing and the pitch from Snell rode inside and high toward his shoulder before hitting him on the outside of the left hand.

Harper immediately crumbled to the ground and was in visible pain as he held his hand while on his knees for several minutes with the Phillies’ trainer attending to him.

As Harper was halfway to Philadelphia’s dugout, he angrily started yelling at Snell and motioning with his injured hand toward the Padres starting pitcher. Snell eventually shouted something back at Harper. Many of the fans at Petco Park fans started to boo Harper after several seconds with Harper shouting at Snell.

Harper then appeared to cool down and say, “I know, I know” to Snell, acknowledging he knew the pitcher didn’t mean to hit him with the pitch.

Harper, serving as the Phillies’ designated hitter, was replaced by Johan Camargo.

Harper is hitting .318 with 15 home runs, 48 RBIs and a .984 OPS this season in 64 games despite a small tear in the UCL of his right elbow that has prevented him from playing the outfield since April 16. He has tried to avoid season-ending Tommy John surgery with a platelet-rich plasma injection and rest. 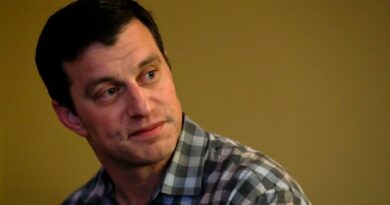