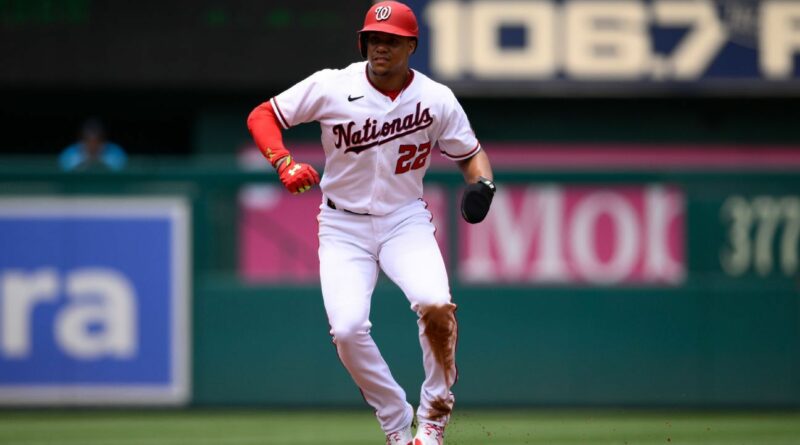 According to the team, Soto was undergoing an MRI after the game to determine the extent of the injury.

Soto flexed and pointed to his left leg after making a throw in right field in the third inning and was taken out after being involved in a rundown in the fourth.

Soto had his hitting streak snapped at eight games after getting walked twice.

“Oh, yeah, it’s terrifying, obviously,” said Nationals first baseman Josh Bell, who ended Pablo Lopez’s no-hit bid in the seventh and hit a go-ahead solo home run in the eighth. “Fingers crossed that it’s not anything too, too time-consuming. We’ll see. I know he’s probably going to get the results back here soon. I know we’re all holding our breath for him. I guess time will tell.”

In other Nationals news, Martinez said right-hander Victor Arano (inflamed left knee) is close to returning after throwing a bullpen session and going through some agility drills, with a trip to the team’s minor league facility in West Palm Beach, Florida, up next before a rehab assignment.

Righty Anibal Sanchez, who has been on the 60-day injured list with a pinched nerve in his neck since April, was set to throw roughly 60 pitches over four innings or so Sunday night for Triple-A Rochester. And lefty Evan Lee (left arm) is also expected to start a throwing program in Florida, Martinez said.