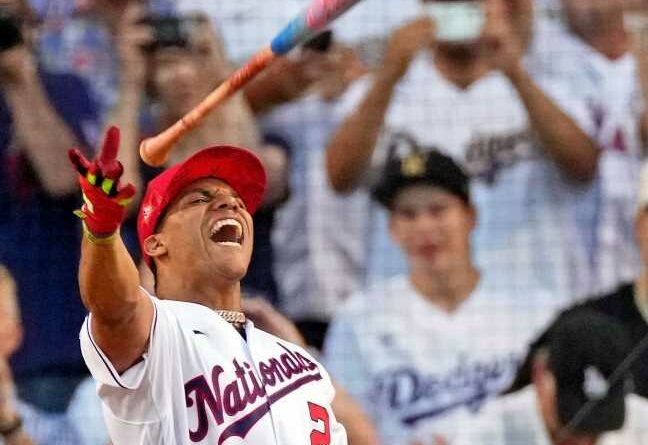 LOS ANGELES — If Juan Soto gets traded, the team that acquires him won’t just be getting one of the best hitters in baseball. It will get the reigning Home Run Derby champion, too.

Soto, the phenomenal 23-year-old whose All-Star week was upended by questions about his future with the Washington Nationals after he turned down a $440 million contract extension, pounded home runs to all areas of Dodger Stadium and held off star rookie Julio Rodriguez.

Needing 19 home runs to beat his Dominican Republic countryman in the finals, Soto hit 15 during the two minutes of regulation time and finished the job with more than 30 seconds remaining in bonus time. At 23 years and 266 days old, Soto becomes the second-youngest HR Derby winner ever — only one day older than Juan González was when he won the event in 1993.

It spoiled a night that previously had been the newest episode of the J-Rod Show.

The first hitter of the night, Rodriguez set the tone for his showing with 32 home runs in his first-round matchup against the Texas Rangers’ Corey Seager. As the No. 6 seed, Rodriguez went first in all three rounds, setting paces that his opponents couldn’t match.

That included Pete Alonso, the New York Mets slugger who won the last two competitions in 2019 and 2021 but mustered only 23 home runs in the semifinals, well short of Rodriguez’s 31.

Soto, who arrived here facing questions about turning down a 15-year, $440 million contract extension from the Nationals, was locked in from the beginning, beating Cleveland Guardians third baseman Jose Ramirez in the first round and St. Louis Cardinals great Albert Pujols in the semifinals.

Pujols, 42, is in his final season — and upset Philadelphia’s Kyle Schwarber in the first round, beating him in an overtime period. He couldn’t keep up with Soto, whose 482-foot home run in the first round was the longest of the night.

Only one Home Run Derby champion has ever been traded during the season he won — Yoenis Céspedes, who went from the Oakland Athletics to Boston Red Sox in 2014. 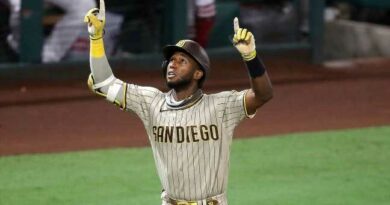