Bellinger also played elite defense at three positions and captured the Gold Glove in right field. He became the first in franchise history to win the Gold Glove, Silver Slugger and MVP in the same season.

Bellinger won Rookie of the Year in 2017, then suffered through the proverbial sophomore slump in 2018. He worked with Dodgers hitting coaches in the offseason, scorched through the early portion of the 2019 season and turned himself into one of the game’s superstars. 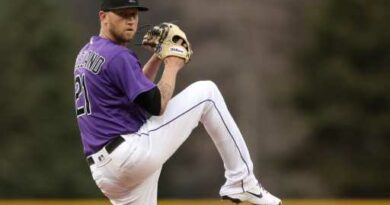