As Major League Baseball handles the fallout of the coronavirus pandemic and tries to determine when — or even if — it will begin its season, the league is grappling with a number of key issues that could come to a head over the next few days, sources familiar with the dealings told ESPN.

The subjects MLB is juggling, according to sources, include:

MLB and the MLBPA have worked toward a potential agreement over the past 10 days, acknowledging the inevitability of a shortened season that both parties hope would begin by early June and would guarantee players a prorated salary that would depend on the number of games played, according to sources. Multiple players told ESPN they are willing to play a significant number of doubleheaders — as many as two a week — to make up for lost games and try to get as close to a full 162-game schedule as possible.

While the sides have discussed myriad options for a potential season, both agree that if necessary, regular-season games could stretch into October and playoff games could be played at neutral sites in November, either in warm-weather cities or, if government officials allow indoor events, domed stadiums, according to sources. Expanded-playoff scenarios have been under discussion but are likely to be settled as the scope of the coronavirus outbreak becomes clearer and a firm outline of a championship season is set, sources said.

Should the sides reach an agreement — the season was due to start Thursday, and the sides have targeted Wednesday as a deadline — players probably would receive full service time if a championship season is played. A stalemate over the doomsday scenario of a cancellation of the 2020 season and its impact on service time, which counts the number of days played in the major leagues and determines a number of milestones — including when a player reaches free agency and arbitration — has complicated negotiations, sources said.

The fear on both sides is understandable and palpable. For top players such as Mookie Betts and Trevor Bauer, losing a year of service could delay their free agency in the winter of 2020 by a year. The Los Angeles Dodgers and Cincinnati Reds, who traded for Betts and Bauer, respectively, within the last year, would be similarly exploited were the two to reach free agency without having played in 2020. The sides could agree simply to reserve their right to litigate the case in an arbitration setting.

To allay short-term financial concerns for players, teams have pledged an advance of more than $150 million on salaries that the union would divide among four players of classes, according to sources: first-time players on the 40-man roster; players with low-salary split contracts who earn different amounts depending on whether they’re in the minor leagues or major leagues; players with higher-salary split deals; and players with guaranteed major league deals. The advance would not be repaid to the league in the event of a canceled season, sources said. A clause in the uniform player contract allows commissioner Rob Manfred to suspend contracts in the event of a national emergency, which President Donald Trump has declared, but MLB has not shown an appetite to invoke it, according to sources.

Some of the game’s highest-profile players have been engaged in discussions, with Mike Trout, Gerrit Cole, Bryce Harper, Zack Greinke, Pete Alonso, Alex Bregman, Kris Bryant, Anthony Rizzo, Anthony Rendon and David Price among the 100 or so who participated in a union conference call Sunday to discuss the issues, sources said.

With teams bracing for significant financial losses and the industry facing a potential multibillion-dollar shortfall, Manfred, in a conference call Monday, urged teams to continue paying employees through at least April, sources said. Salary cuts, furloughs, deferred payments or layoffs could come in May if the beginning of the season remains in limbo, according to club officials. Unlike the NBA and NHL, which had played a majority of their regular-season games before shutting down amid coronavirus concerns, MLB and its teams have not tapped into their two greatest revenue streams: television contracts and gate receipts.

Though some teams remain confident in their abilities to retain employees long term, cash crunches with others had prompted them to consider job reductions within weeks, sources said. Manfred, according to three sources familiar with the call, cautioned against that as the league navigates the complicated financial implications of the coronavirus outbreak. Amid backlash Tuesday, the ownership group of the Philadelphia 76ers and New Jersey Devils reversed a plan to require employees making more than $50,000 a year to take 20% salary reductions.

Another outlay, though at a far lower cost, could come from the choice to pay minor league players, sources said. Multiple general managers said they believed minor leaguers, who were not paid during spring training but will receive $400 allowances through April 8, will be paid at rates similar to their expected salaries for the immediate future.

The uncertainty has rocked baseball, which initially delayed Opening Day two weeks and then pushed the start of the season back to May 10 at the earliest. The likelihood of the pause lasting longer is significant enough that MLB and the players are acknowledging a number of interruptions to regular business, including: 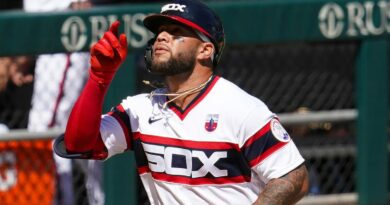 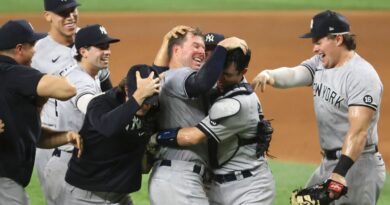 What Corey Kluber’s no-hitter might mean for the Yankees