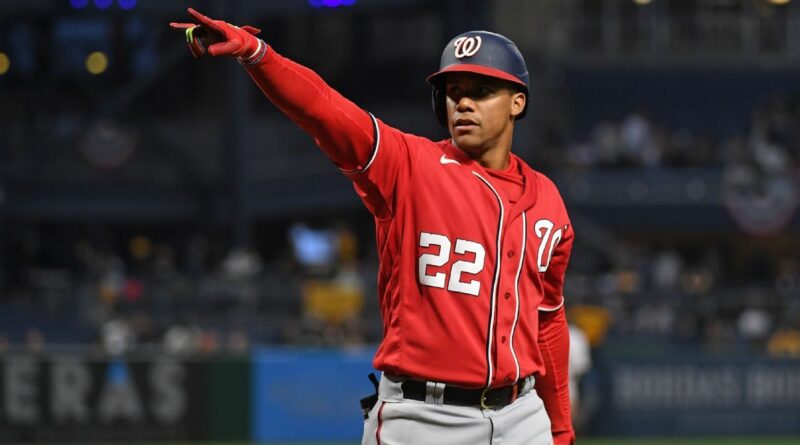 The Washington Nationals are willing to listen to trade offers for Juan Soto after the star outfielder rejected their most recent long-term offer, league sources confirmed to ESPN on Saturday.

Sources said Soto turned down a 15-year, $440 million offer that would have been the largest contract in baseball history.

Soto had told ESPN earlier this year that he declined a 13-year, $350 million offer prior to the offseason lockout. He is eligible to become a free agent after the 2024 season.

The decision to listen to potential trades for Soto would represent a change of plans for the Nationals, after president of baseball operations and general manager Mike Rizzo said last month that the team would not move the 23-year-old star.

But according to The Athletic, which first reported on the most recent rejected contract offer and the Nationals being open to listening to potential trades, some team officials no longer believe they will be able to reach any long-term deal with Soto.

The expected return in a Soto trade would jump-start a Nationals rebuild. They are 30-62 this season, sitting in last place in the National League East by 14½ games and on track for a third straight losing season after winning the World Series in 2019.

Named an All-Star for the second straight season, Soto is hitting a career-low .247 in 2022 with 19 home runs and 42 RBIs in 89 games. He is also set to compete in Monday’s Home Run Derby.

The MLB trade deadline is Aug. 2.