Former Baltimore Orioles minor-leaguer Steve Dalkowski, whose blazing fastball and incurable wildness formed the basis for a main character in the movie "Bull Durham," has died at the age of 80.

Dalkowski died April 19 in his hometown of New Britain, Connecticut, from what family members said were pre-existing health issues complicated by coronavirus.

Signed by the Orioles out of high school in 1957, the left-hander became legendary for how hard he could throw, with a fastball that was said to top 100 mph. Pitching with what has been described as a "buggy-whip" or "slingshot" motion, Dalkowski once struck out 24 batters — and walked 18 — in a single minor-league game.

Former major-league manager Cal Ripken Sr., who was Dalkowski's catcher in the Orioles farm system, once estimated his fastball was between 110 and 115 mph. However, his inability to control where it was going kept him from ever reaching the major leagues.

A 1959 photo of Baltimore Orioles minor league pitcher Steve Dalkowski, who died April 19, 2020, due to complications from coronavirus at age 80. (Photo: AP file)

Shelton said legendary slugger Ted Williams once faced Dalkowski in a spring training game and after one pitch, the lefty-hitting Williams exited the batter's box and said, "I never want to face him again." Among all the pitchers Williams saw in his career, he called Dalkowski the "fastest ever." 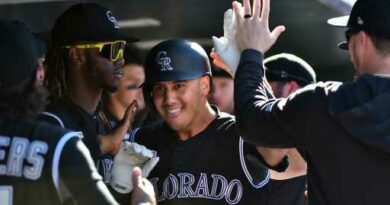 Red Sox acknowledge racist incidents at Fenway Park: ‘We hear you and believe you’