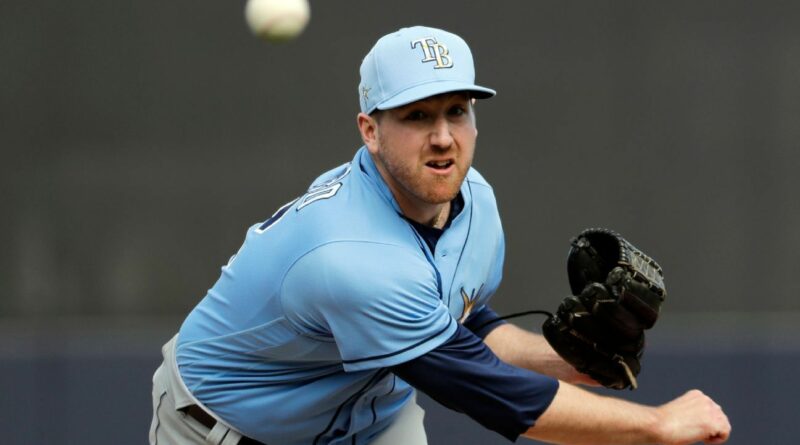 Tyler Zombro, the Tampa Bay Rays minor league pitcher who was struck in the head by a comebacker to the mound in June, made his season debut for Triple-A Durham on Sunday and threw a scoreless inning against Norfolk.

Players and coaches from both dugouts gave Zombro a standing ovation as he returned to the mound in a regular-season game for the first time since being hit by a 104 mph line drive on the right side of his head.

The right-hander allowed a leadoff double in the second inning before getting three consecutive outs. He threw 14 pitches, eight for strikes.

“I think it all came kind of full circle there and definitely was a symbol of me ‘completing the journey’ to be back to performing in Triple-A,” Zombro told MLB.com on Sunday.

In June, after he was knocked unconscious by the liner against Norfolk, Zombro was rushed to Duke University Hospital, where doctors installed 16 plates and 32 screws into his head. He remained hospitalized for about a week before being discharged.

Zombro, 27, pitched collegiately at George Mason before signing with the Rays as an undrafted free agent in 2017. He has a 2.78 career ERA in the minors.

Opinion: Next week’s MLB trade deadline is high on risks and rewards for general managers