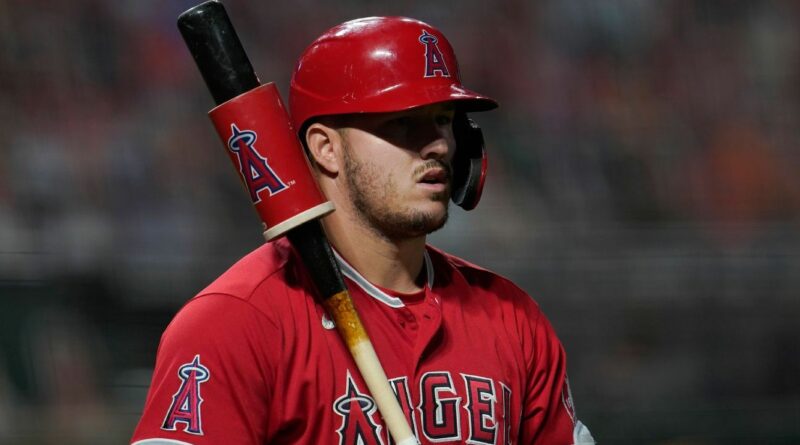 The Major League Baseball Players Association, with just over nine months remaining in the current collective bargaining agreement, has been soliciting insight from some of its most prominent players — and Mike Trout seems to be among them.

Trout said Monday that he speaks with MLBPA executive director Tony Clark “probably once a day” as the union and MLB approach a critical juncture regarding negotiations for a new CBA.

MLB and the MLBPA have long been divided — a reality that was evident in their inability to come to an agreement on the 2020 season amid the coronavirus pandemic.

This year, with only weeks left before the originally scheduled start to spring training, MLB proposed a 154-game season at full pay. But the union rejected the proposal and didn’t counter, citing a litany of concerns. An expanded postseason and a universal designated hitter were left on the cutting room floor, and there is growing concern that negotiations over a new CBA — the current one expires Dec. 1 — could prompt a work stoppage in 2022.

Trout, entering his 10th full season with the Los Angeles Angels, has “no idea” what will ultimately happen.

“I’m just learning new stuff about it, and when stuff comes up about it, that he asks me, I answer it,” Trout said of his relationship with Clark. “Hopefully it gets resolved, and everything coming up, because Major League Baseball is a great thing for our country, especially now during the pandemic. And we need it to go forward.”

Trout will turn 30 in August and is still in search of his first postseason victory, an astonishing development for someone who is still widely considered baseball’s best player. While Trout navigated through his first offseason as a full-time dad, Perry Minasian — the fourth general manager employed since Trout’s major league debut — struck an assortment of short-term agreements in hopes of getting the Angels over the hump.

Minasian added a shortstop (Jose Iglesias), a closer (Raisel Iglesias), a catcher (Kurt Suzuki), an outfielder (Dexter Fowler), a lefty reliever (Alex Claudio) and two starting pitchers (Jose Quintana and Alex Cobb), all of whom will be free agents at season’s end.

Trout appears hopeful, as is usually the case, but admitted that the annual disappointment is starting to wear on him.

“I hear it every year,” Trout said Monday morning before the Angels’ first full workout. “The only way to change that is just get to the playoffs, no matter how that is.”

The Angels’ only postseason appearance with Trout on the roster came in 2014, which resulted in a first-round sweep at the hands of the Kansas City Royals. They then finished below .500 in four of the next five years, including a 90-loss season in the first and only year under manager Brad Ausmus in 2019. Last year, in the COVID-shortened season under first-year Angels manager Joe Maddon, they started 12-24 but won 10 of 24 games in September, giving Trout hope that the team might be better than its record indicated.

Trout had a strong relationship with former GM Billy Eppler, whose vision for the organization stood as a major reason Trout put off free agency to sign a 12-year, $426.5 million extension in March 2019.

Trout still keeps in touch with Eppler, but Angels owner Arte Moreno and president John Carpino kept him in the loop during the search for a new GM in October, and Minasian kept Trout updated as he went about augmenting the roster in the weeks that followed. Trout believes the team is “going in the right direction” under Minasian.

“I’m trying to get to the playoffs,” Trout said. “Obviously you guys know that. We all are. If that’s not the mindset, you shouldn’t be here. Every year that’s why I come in. I put that in my mind.

“We have one goal: to get to the playoffs and win a World Series here. It’s still the same goal, obviously. A lot of new faces this year. They kinda cleaned house a little bit. I’m looking for a fresh start. I’m getting older, for sure, but I’m still young. I still feel great. It’s a lot different now this year — I’m a dad. I don’t know if that’s something different, but maybe it’ll change our luck.”