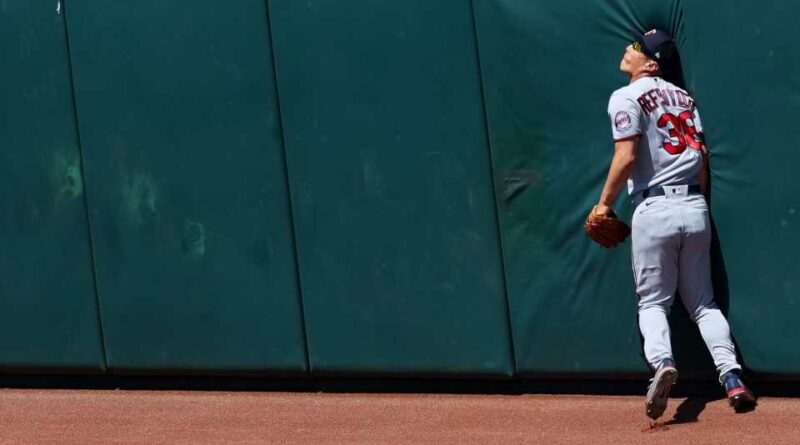 The Twins have been shorthanded in the outfield in recent weeks, and that has forced utility infielder Rob Refsnyder into the unfamiliar position of playing center field.

The veteran has largely held up well in that role, all things considered.

But on Monday against the Orioles, he had a little bit of trouble getting his bearings in the outfield.

While chasing down a long shot by Ryan Mountcastle, Refsnyder drifted back into deep center. While tracking the ball though, he forgot to do one important thing, look where he was going. As a result, he faceplanted into the wall full force in a startling but comical-looking play.

Refsnyder thankfully came out of the play unscathed and was able to walk it off just fine. And surely, he’ll be able to laugh it off later on much like Twitter users did after seeing the play.

Refsnyder’s lowlight didn’t end up costing the Twins anything, and he actually had a chance to be a hero later in the game. In the 10th inning, Refsnyder was placed on second base to start the 10th inning in a 1-1 game. He came around to score the go-ahead run on a wild pitch, and the Twins would eventually beat the Orioles 3-2.

Sunday was just another chapter in the legend of Rob Refsnyder, who hopes to continue to outperform expectations this season. He’s hitting .348 on the year with a career-high-tying two homers… along with one of the funniest defensive plays of the season.