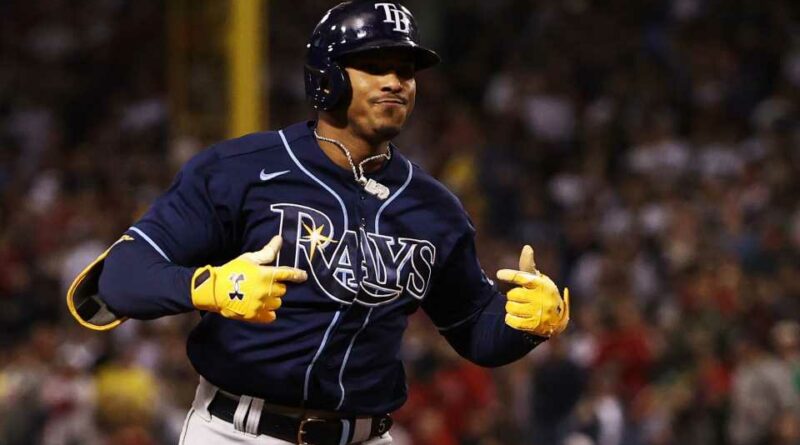 Wander Franco has taken 281 regular-season at-bats in the big leagues. Yet he is about to receive a massive payday, and sign the largest contract in Rays’ history.

According to ESPN’s Jeff Passan, Franco has signed a 11-year, $185 million contract extension with Tampa Bay, easily surpassing the six-year, $100 million extension the Rays signed third baseman Evan Longoria to back in 2012.

Franco’s deal is the latest large contract signed to a young prospect with little experience in the big leagues, and is a clear sign of the Rays’ belief in their star prospect’s talent as a franchise building block.

MLB trade rumors: 12 impact players who could be dealt this offseason

Franco dazzled in his limited time in the big leagues this season, tying Frank Robinson for the longest on-base streak of a player 20 years old or younger, and ultimately earning him third place in the American League Rookie of the Year voting despite only appearing in 70 regular season games.

Franco’s deal will average $16.8 million per year, far from the highest paid player in baseball, but also well above anyone else Tampa Bay will pay in 2022 or has paid previously. According to Spotrac, Kevin Kiermaier is slated to receive the most money in 2022, when he earns right around $12.2 million. Spotrac reports that Longoria, at most, made a collective $13 million from the Rays in 2017, the largest single-year figure of any player in Tampa Bay.

Passan reports that there is a $25 million club option for the 12th year. Passan also reported that he could receive $3 million escalators for finishing in the top five in AL MVP voting starting in 2028. There is not a no-trade clause in his deal, and if he is traded, he would receive an additional $3 million as an assignment bonus, according to Passan.

Franco has long been viewed as one of the game’s top stars. As an international free agent at just 16 years old, Franco signed with the Rays for a bonus of $3,825,000. Despite being one of the youngest players at each level in which he has played, Franco has shined, demonstrating one of the most patient approaches in the game along with the ability to hit for power, steal a base and play smooth defense at shortstop.

He spent only three years in the minors, not including the 2020 season in which there was no minor league baseball, and skipped Double-A entirely, debuting in 2021 right at Triple-A. Before his promotion to the big leagues, he slashed .313/.372/.583 with seven home runs and five stolen bases in 40 games.

From the moment he was promoted to the Rays, with his big-league debut arriving on June 22, he displayed star potential. He went 2-for-4 with a home run and a walk in his debut. Though he went hitless over his next four games, he quickly turned it on, slashing .302/.354/.473 with six homers, 20 walks and only 32 strikeouts the rest of the season. On July 25, he reached base via a single, and proceeded to reach base in 43 straight games, tying Robinson’s mark. During the streak, he missed two weeks due to a hamstring injury, but still came back and reached in four straight games after returning off the injured list.

Franco wasn’t fazed by the spotlight of the postseason, either, as he reached base in all four games with multiple hits in each contest. Facing the Red Sox, he slashed .368/.368/.789 with a pair of home runs, four RBIs and only three strikeouts in the four games.

Though the Rays are notoriously thrifty, they have not been a stranger to signing young players to longer term deals.

Just a few days into Longoria’s MLB career, he was signed to a six-year, $17.5 million contract. Matt Moore, once the top rated prospect in baseball, also received a larger deal after he debuted in September 2011, inking a five-year, $14 million deal with the Rays to stay in Tampa. In Chris Archer’s second full year in the big leagues, he signed a six-year, $25.5 million contract to stay with the Rays. Brandon Lowe had played in just 43 games when he signed a six-year, $24 million deal with the Rays before the start of the 2019 season.

But Franco becomes the latest young top prospect to sign a major deal with their team early in their MLB career. Here’s a look at a few other notable non-Rays to sign extensions before going too far into their big-league career, along with their total games played at the time of the deal.

Obviously, there’s risk and reward involved in both sides for inking to a major deal. For the team, they could be committing money too early, only to witness a player’s performance tank or injuries pop up that could sideline them. On the other hand, they could ink a young star to a very team-friendly contract that costs them less than keeps them under control for a few free agency years — Franco would have been under team control for six more years, but now has at least 11 seasons locked in with the Rays.

And for the players, it’s guaranteed money that is significantly more than they would make in arbitration or on their entry level contract — Franco would have made just over $500,000 in 2022. However, should a player blossom into a star, they would lose years of free agency where they could have signed a larger deal and made more money.

Franco’s deal is the largest by any player without having played a full season’s worth of games, surpassing the previous record of the eight-year, $100 million deal Acuna signed with the Braves.

Tatis still holds the record for the largest contract signed by a player that had yet to reach arbitration eligible, which comes about when a player has at least three years of service time and fewer than six years in the majors. It still remains the third-largest contract for total value in MLB history, trailing only Mike Trout’s 12-year, $426 million extension signed with the Angels in 2020, and the 12-year, $365 million extension signed by Mookie Betts to stay with the Dodgers. 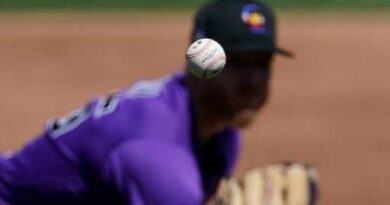 Baseball's Weirdest Team Makes A Weird GM Hire, But Maybe A Smart One Too

Baseball Hall of Fame countdown: Larry Walker cutting it close in his final year on the ballot