Home » MLB » What channel is Cardinals vs. Dodgers on today? Time, TV schedule for the 2021 NL wild-card game 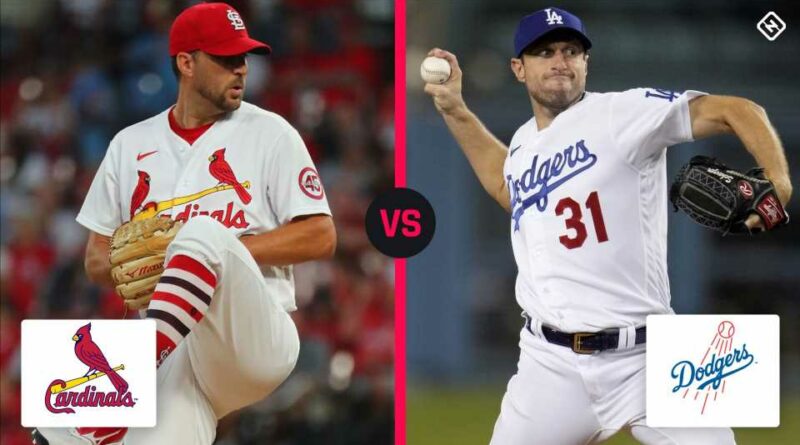 The two teams in the NL wild card could not have arrived in the postseason any differently.

The Dodgers entered the season as preseason World Series favorites as reigning champions, and with a stacked team. They found themselves trailing the Giants in the NL West standings most of the season, and were confirmed for the wild card game on game 162, when the Giants clinched the division. They enter the postseason with the second-most wins in baseball at 106.

The Cardinals, on the other hand, seemed to be out of the postseason picture. On Sept. 7, Fangraphs gave them a 2.8 percent chance of reaching the playoffs. Then the Cardinals won 17 straight games and wound up running away with the second wild card spot.

These teams do have one thing in common: old starting pitchers. The Cardinals are starting 40-year-old veteran Adam Wainwright, who finished his first full season by closing the series-clinching games in the 2006 World Series. He has had a major resurgence over the past two seasons, as he had a 3.15 ERA in 2020 and a 3.05 ERA in 2021, the first two seasons he has had full season ERAs below 4.00 since 2014.

Los Angeles will turn to 37-year-old Max Scherzer, who has made himself a Cy Young front-runner since he was acquired midseason from the Nationals. He has a 2.46 ERA in 179.1 innings this season, including a 1.98 mark in 68.1 innings since he joined the Dodgers.

What channel is Cardinals vs. Dodgers on today?

TBS will begin its coverage of the National League playoffs with the NL wild card game. Brian Anderson, Ron Darling, Jeff Francoeur and Lauren Shehadi will be on the call for the game. Those looking to stream it can find the game on the TBS app.

First pitch for Cardinals vs. Dodgers is scheduled for 8:10 p.m. ET on Wednesday, Oct. 6.

FOX and FS1 will split coverage of the ALCS.

Every World Series game will be on FOX.

Mets’ Cano to get MRI after injuring hamstring

Colorado high school football road trip: One game for each week of the 2021 season – The Denver Post