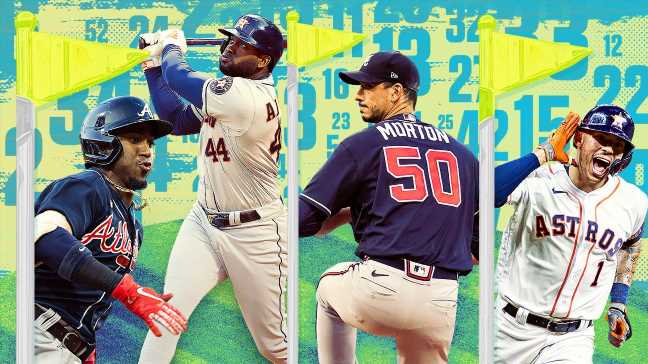 While I realize people will yell at me about this list being wrong regardless of how I explain my process, let me lay out the criteria for my latest postseason player ranking.

This isn’t just a descending ranking of WAR because that’s useless, and there’s still a good bit of noise even with a full season of data for a pretty advanced statistic. I’m ranking the players on both teams based on what order I’d take them in this series considering what I think their true skill level is right now. Obviously 2021 performance is a huge part of that, but being white-hot over the last few weeks is better than being ice-cold.

Yes, I know the playoffs as a sample size aren’t statistically significant and shouldn’t change my concept of true skill level, but I’ll split the difference on trying to guess exactly how good Eddie Rosario is right now: He isn’t Babe Ruth and also isn’t who Eddie Rosario was when the season started. It’s inexact and subjective but I promise you’ll learn something, too, so there’s another reason to yell at me.

In the interest of full disclosure, I should note that I worked for the Braves from 2015 to 2017, so I have some firsthand experience with a number of players on the team, either in acquiring (Anderson, Swanson, Jackson) and/or developing (Riley, Albies, Fried, Minter, Contreras, Webb, Camargo) them. I can also assure you that I’m not a Braves fan even if I’m rooting for some of the players specifically. I also am rooting for some of the Astros players. I’ve long since lost my team-specific fandom after working in the industry for years.

Angels’ Keynan Middleton explains protest: ‘Use my platform for change in a peaceful way’