LOS ANGELES — If the Los Angeles Dodgers are to win their first World Series in 30 years, closer Kenley Jansen must snap out of his World Series funk.

For the second time in two games, the right-hander squandered a save opportunity in the exact same way: by allowing a solo home run to tie the score in the eighth inning.

Jansen made his first appearance of the Series after five days of rest in the eighth inning of Friday night’s Game 3. After getting the first two outs, the native of Curacao watched Jackie Bradley Jr. propel a 93 mph cutter into the right-field stands, enabling the Boston Red Sox to force a 1-1 tie.

Then on Saturday night, Jansen once again entered the game in the eighth inning to protect a 4-3 lead. This time, Steve Pearce sent a 92 mph cutter just over the left-field wall for another solo homer.

“It didn’t cut,” Jansen said. “It just backed up straight inside. I hate the word ‘if’ but if it had been in the other spot, who knows what would have happened?”
Boston scored five more runs in the ninth against three more relievers, and need only to win Sunday to earn their fourth Series championship 15 seasons.

“You can’t worry about it no more,” Jansen said Saturday night about his recent failures. “If you go home and think about it, you’re not going to be great for tomorrow. At this point, it’s already over with. What you can do is control tomorrow.

“The confidence level is always good. I’m not going to question myself. You’ve got to focus one pitch at a time, one hitter at a time. Those guys did a great job by hitting mistakes.”

The three-time All-Star has pitched in more than one inning only five times during the regular season, and just once since the playoffs began. Jansen pitched two innings on Friday night and one on Saturday night. Does beginning his work day in the eighth inning instead of in the ninth affect him?

“If ‘Doc’ wants me to be in that situation, I’ve just got to go out there and compete,” Jansen said referring to manager Dave Roberts. “When he called my name in the eighth, I’m thinking, ‘It’s probably the hard part of the lineup.’ To me, it’s just playoffs, right now. I can’t focus about two innings. I can’t focus on the role. It’s just about helping the team win.”

The closer also had problems in last year’s World Series. Despite earning two saves, Jansen squandered a third, sustained one loss and conceded two home runs among the six hits he allowed.

“I don’t think it’s a mental or physical thing,” Roberts said. “There aren’t too many more mentally tough than Kenley. “When you look at the three innings he’s thrown, he made a lot of quality pitches, and the two mistakes he made, the cutters didn’t cut and he gave up two homers.”

Roberts has received criticism from various quarters — including President Donald Trump — for his decision-making regarding relievers. The third-year manager explained his rationale Saturday night for removing starter Rich Hill, who pitched 6 1/3 shutout innings and accumulated seven strikeouts before being relieved with the Dodgers holding a 4-0 advantage.

“He said, ‘Keep an eye on me,’ ” Roberts said about Hill. “‘I’m going to give it everything I have. Let’s go hitter to hitter and just keep an eye on me.’ I never heard it before from Rich.”

“You’ve got a lefty in the pen that has done it all year long, getting lefties out,” said Roberts, who added that he wanted to keep Mitch Moreland and Rafael Devers on Boston’s bench. “So you figure you have a chance to get a guy who matches up really well against Holt, and then to potentially go to (Christian) Vazquez.”

MORE: What can Dodgers, Red Sox expect in Game 5 of the World Series?

“Ryan has a very good track record of getting righties and lefties out, and actually left-handers considerably more,” Roberts said. “We just didn’t execute.”
Bradley popped out but Moreland, another left-handed pinch hitter, hit the first pitch he saw from Madson — an 85 mph changeup — deep into the right-field stands for a three-run home run that drew Boston within one run.

“At this point, we can’t think about it and question ourselves. The same thing for everybody: from the manager, to the coaches to the players,” Jansen said. “We know the Red Sox are a good team. But we’ve been playing like this all year, being from behind. It’s not over till it’s over.” 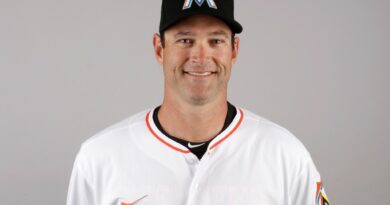