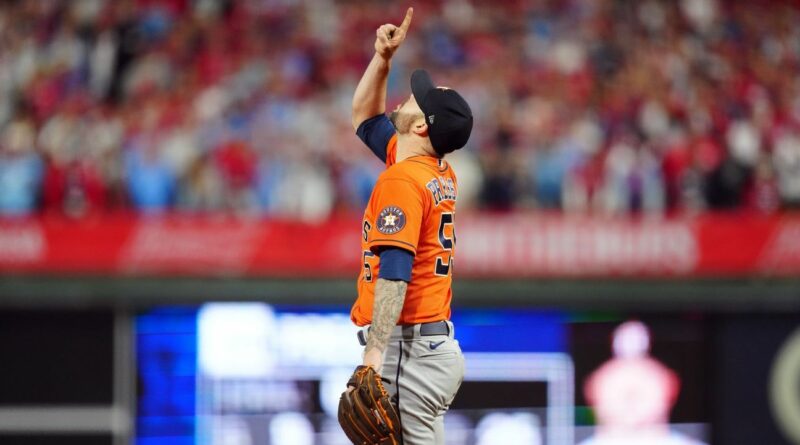 A series that’s featured huge home runs, incredible defense and one combined no-hitter could all come to an end Saturday night.

The Philadelphia Phillies travel to Texas to take on the Houston Astros in Game 6 of the 2022 World Series, on the heels of a Game 5 where Houston eked out a 3-2 win. The Astros will be without first basemen Yuli Gurriel for the remainder of the series after he suffered a knee injury during a rundown in the seventh inning of Thursday’s matchup. How much will Houston feel Gurriel’s absence tonight?

Here are the best moments from what could be the final game of the 2022 World Series.

It will be interesting to see how Zack Wheeler goes after the Astros. In his Game 2 start, the Astros swung at his first five pitches, beginning the game with three straight extra-base hits. His fastball velocity was down about 2 mph in that start, so while he normally throws his four-seamer about 50 percent of the time, he only threw it 23 percent of the time, instead throwing more sinkers. This will be his sixth start of the postseason, and he’s thrown 30.1 high-stress innings, so we’ll see how much he has left in the tank. With that in mind, Phillies manager Rob Thomson said before the game that both Ranger Suarez and Aaron Nola would be available out of the bullpen. That could create some issues for who the Phillies start in Game 7 — but you have to get there first.

For the Phillies to beat Framber Valdez, it feels like Nick Castellanos needs to do something. Batting behind Bryce Harper, he’s hit just .197 in 16 postseason games without a home run and is 3-for-20 in the World Series with just one RBI. His struggles make it a lot easier for the Astros to pitch around Harper if necessary. Thomson said he considered changing the lineup but decided to stick with the same lineup the Phillies have used all postseason: Kyle Schwarber, Rhys Hoskins, J.T. Realmuto (who has 11 strikeouts in 22 plate appearances in the World Series), Harper and Castellanos in the top five spots.

Finally, Dusty Baker is one win away from his first World Series title as a manager. He was here with the Giants in 2002, but the Angels won the final two games, including a big rally in Game 6 when the Giants led 5-0. He’s ninth on the all-time wins list for managers. The eight ahead of him are all in the Hall of Fame — but they all also won at least one World Series. There will be a lot of people in the sport rooting for Baker and the Astros tonight. Keep in mind that Game 6 has produced some of the classic games in World Series history: 1975 (Carlton Fisk’s home run), 1986 (Mets win), 1991 (Kirby Puckett’s home run), 1993 (Joe Carter wins it), 2002 (Angels rally), 2011 (the David Freese game). Maybe we’ll get another one. — David Schoenfield 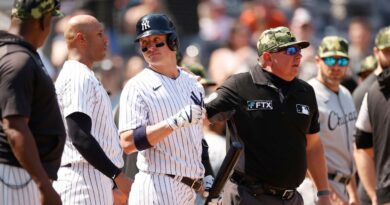 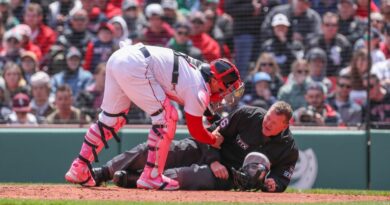 Baseball's Weirdest Team Makes A Weird GM Hire, But Maybe A Smart One Too