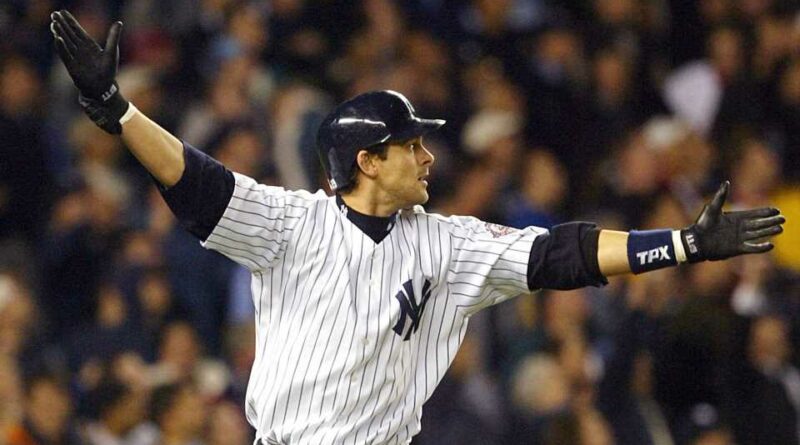 There aren’t many rivalries that can match the historical significance and notoriety of the Yankees and the Red Sox.

Despite more than 100 years of history as rivals, the two teams have rarely faced off against one another in the postseason. This stems from the fact that the two teams play in the same division and, until 1995 with the introduction of the wild-card and division series, only one team per division could reach the postseason.

But there have been many memorable moments when the two have faced in decisive games. From the Bucky Dent tie-breaker game to the first postseason meeting in 1999 to the meeting of 100-win seasons in 2018, the Red Sox and Yankees have always delivered on the hype.

For the first time, the two teams will face off in the winner-moves-on, loser-goes-home wild-card game on Tuesday. Ahead of the anticipated clash, Sporting News looks back at the history of elimination games between the two teams.

This isn’t technically a playoff game, but it was by all means an elimination game.

The Red Sox and Yankees finished the 1978 seasons with matching 99-63 records and tied for first place in the AL East. Thus, a 163rd regular-season game had to be added to their schedules to decide who would represent the East in the American League Championship Series.

Based on a coin flip, the Red Sox were designated as the home team.

In the second inning, Carl Yastrzemski took Guidry deep to give the Red Sox a lead. In the bottom of the sixth, Jim Rice scored Rick Burleson to make it a 2-0 game. Torrez was dealing on the mound until the seventh inning. The Yankees put two runners on base, but with two outs Torrez only had to retire Bucky Dent to end the inning.

Dent owned a .243/.286/.309 slash line coming into the game and had hit just four home runs that season and only 22 in his first 789 games in the big leagues. Naturally, he took Torrez deep for a go-ahead three-run homer that gave New York the lead. The Yankees added another run in the inning and one more in the top of the eighth to take a 5-2 lead. The Red Sox added two more runs in the bottom of the eighth, but Goose Gossage held the lead and pushed the Yankees on to a 5-4 win and a spot in the ALCS.

The Yankees went on to win the World Series. The Red Sox saw another year go by without a title.

This entire series ranks highly among the most entertaining in baseball’s history.

When the Red Sox forced Game 7 in Yankee Stadium, it seemed the series was destined for a dramatic finish. Sure enough, the game delivered.

Martinez started against Clemons on the mound, but the Red Sox got to the Yankees’ ace early. With one out and a runner on in the top of the second, Trot Nixon crushed a homer to right-center to put Boston ahead 2-0. Jason Varitek doubled and scored on throwing error by Enrique Wilson to make it a 3-0 lead. Kevin Millar hit a home run off Clemens in the top of the fourth and after a walk and single, the Red Sox had chased Clemens from the game and forced the Yankees to bring in Mike Mussina from the bullpen.

The Yankees added a run back when Jason Giambi homered off Martinez in the bottom of the fifth and he slugged another one in the bottom of the seventh to make it a 4-2 game, but David Ortiz launched one of his own in the top of the eighth off David Wells to bring Boston’s lead back up to three runs.

Then, Boston began to lose control of the game. In the bottom of the eighth, Derek Jeter doubled with one out and came around to score on a single by Bernie Williams that brought the score to 5-3. Red Sox manager Grady Little came out to the mound to talk to Martinez, but opted to leave him in. The decision, since second-guessed by many, backfired. A tiring Martinez gave up a ground-rule double to Hideki Matsui and a two-RBI double to Jorge Posada to tie the game at five. Martinez was then pulled from the game. The Yankees picked up two more baserunners in the inning, including Ruben Sierra, who was intentionally walked and lifted for a pinch-runner by the name of Aaron Boone, but Mike Timlin stranded the bases loaded.

The ninth and 10th innings went by quietly as Timlin and Tim Wakefield combined for two scoreless innings out of the bullpen for the Red Sox, and Mariano Rivera delivered three scoreless frames for the Yankees. But in the bottom of the 11th, the game met its conclusion.

Leading off the inning, Boone, now New York’s manager, etched his name forever in Yankees lore when he crushed the first pitch he saw from Wakefield into left field for a no-doubt home run. The Yankees were once again American League champions, though they would go on to lose the World Series to the Marlins.

Little was fired after the season, and the Red Sox brought in the bench coach of the 2003 Athletics, a skipper who previously managed the Phillies from 1996 to 2000, though never posted a winning season. Enter Terry Francona.

For the second straight year, the American League pennant would go to one of the two northeast rivals.

This time, though, it looked as if there was going to be far less drama. The Yankees owned the best record in the American League and looked to be runaway favorites for the pennant.

And New York certainly cemented that status early. The Yankees took Game 1 10-7, Game 2 3-1 and Game 3 19-8. Up 3-0 in the series needing just one game to clinch the pennant, the Yankees had champagne bottles on ice just waiting for the moment.

But the Red Sox didn’t give up. It took 12 innings for them to win Game 4. Tim Wakefield had his revenge pitching in relief and took the win in walk-off fashion on an Ortiz homer in the bottom of the 14th in Game 5. Curt Schilling pitched Boston to an even series in the famous “Bloody Sock Game” in Game 6 as the Red Sox won 4-2.

The Red Sox went on to face the Cardinals, who had the best record in baseball that year with 105 wins, but it didn’t matter. Boston had all the momentum and won four straight to sweep the World Series and claim its first Fall Classic since 1918.

Other playoff series between the teams

Only three times have the Red Sox and Yankees played off in a win-or-go-home game, but they’ve met in the playoffs a few other times as well.

The first meeting came in 1999, when the two met in the American League Championship Series. The Yankees were in the midst of their latest dynastic run and won the first two games against Boston before the Red Sox got on the board in resounding fashion, picking up a 13-1 win. But the Yankees outscored them 15-3 in the next two games at Fenway Park to reach the World Series, where they would win against the Braves in four games.

They met most recently in the 2018 ALDS with both teams having finished the season with 100-plus-wins. The Red Sox won a close first game and the Yankees evened the matchup in the second game, but Boston handed New York its worst postseason loss in franchise history with a 16-1 defeat in Game 3. The Red Sox won 4-3 in the next game to win the series 3-1. They went on to win the World Series 4-1 against the Dodgers.

But if there’s one thing to expect between these two teams, it’s that this game should deliver fans an exciting matchup to kick off the 2021 MLB postseason.