Home » Yanks 3B Urshela out with vaccine side effects 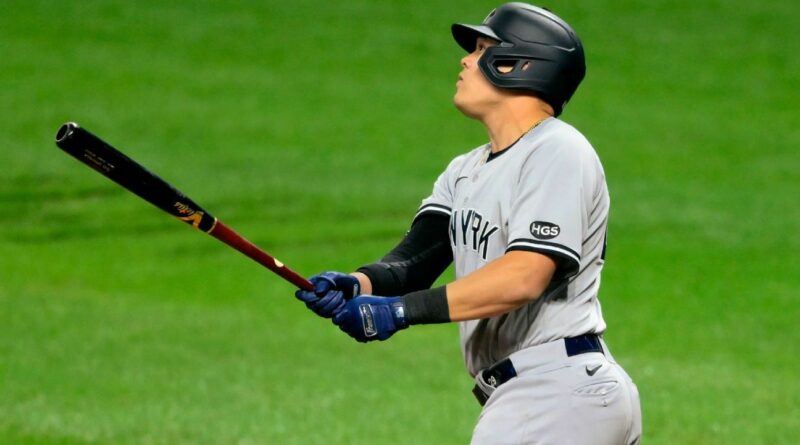 Marly Rivera is a writer for ESPNdeportes.com and ESPN.com.

TAMPA, Fla. – New York Yankees third baseman Gio Urshela was placed on the COVID injured list due to side effects from vaccination, the team announced Friday.

Urshela was originally listed in the starting lineup, hitting eight and playing third base, but the Yankees made the change shortly after the first game of a three-game set against the Tampa Bay Rays.

Uniform personnel and members of the Yankees traveling party were vaccinated on Wednesday at Yankee Stadium, both, before and after, their 4-3 extra innings loss to the Baltimore Orioles. Manager Aaron Boone stated that “a number of people in our travel party,” including players, received the vaccine against COVID-19.

The Yankees released a statement indicating that medical personnel from Montefiore Medical Center administered all vaccinations.

“The New York Yankees would like to offer their sincere thanks to Dr. Philip Ozuah, President of Montefiore Medical Center, and the hard-working and dedicated group of medical staff from this Bronx-based hospital, who have been on-site at Yankee Stadium this evening to administer COVID vaccinations to New York Yankees players, coaches, field staff and support staff. This process has been seamless and efficient, and we are grateful that by receiving the vaccine, we can contribute to stopping the spread of COVID-19,” the team said in its statement.

The Yankees are hoping to achieve the necessary 85 percent of individuals fully vaccinated in order to relax some of the extensive health and safety restrictions delineated in the 2021 Operations Manual.

Any team that reaches the 85 percent threshold with their Tier 1 individuals, which includes players, coaches and high-level staff, would have some of the protocols loosened, such as the requirement to wear masks in the dugout or being allowed to dine indoors. Those Tier 1 individuals would also not have to quarantine after a COVID exposure.

The Yankees were one of the few teams to not express vaccine hesitancy publicly, with many players across the majors calling it a “personal choice.”