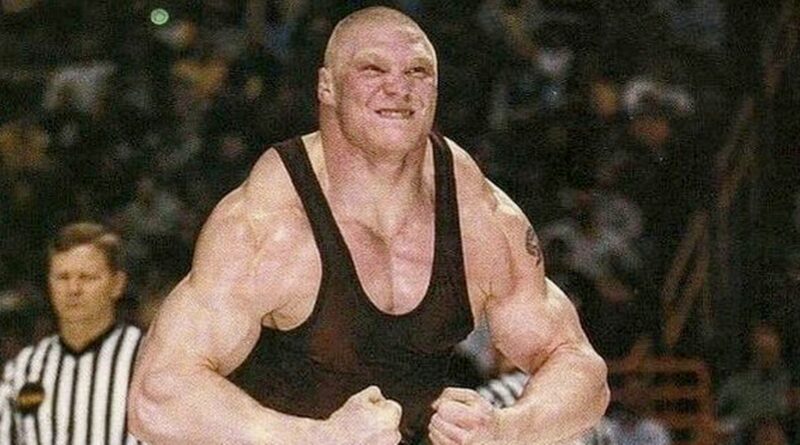 Standing at 6'3" Brock Lesnar has been a giant of a man since his teenage years, but his physique has noticeably changed in recent years.

Long before his days as a UFC and WWE star, Lesnar competed in amateur wrestling and American football whilst at high school.

He received a scholarship to wrestle at the University of Minnesota and was even roommates with future WWE colleague, Shelton Benjamin.

Weighing in at 281lbs for his wrestling matches, Lesnar's success on the mat led him to an NCAA Division I championship in 2000, one of the most prestigious awards in collegiate wrestling.

Lesnar continued to dominate in wrestling whilst in college and after finishing with an overall record of 106–5, he caught the eye of WWE scout Gerald Brisco.

He made his WWE debut on an episode of Raw in 2002 and entered the ring at a billed weight of 286lbs, even heavier than his days as a college wrestler.

Lesnar went on to become a multiple-time heavyweight champion with the WWE and was one of the organisation's biggest stars, but left them for Japanese promotion NJPW in 2005.

Three years later and Lesnar would make the switch from the ring to the cage, as he signed for the UFC and made his debut against former heavyweight champion Frank Mir.

Lesnar had to cut weight to make the 265lb weight limit for the UFC's heavyweight division and also wore 4XL gloves for his fights.

His days as a standout wrestler in college would prove to be his downfall against Mir, being submitted in just 90-seconds at UFC 81.

How to watch WWE on UK TV

WWE Friday Night Smackdown is on at 1am on Saturday mornings on BT Sport 2.

WWE Monday Night Raw airs at 1am on Tuesdays on BT Sport 1.

WWE NXT is on at 1am on Wednesdays on BT Sport 1.

This article contains affiliate links, we may receive a commission on any sales we generate from it.Learn more

Lesnar rebounded after the loss and won the UFC heavyweight title in just his third fight for the promotion by stopping MMA legend Randy Couture.

But he would be plagued by a bout of diverticulitis in late 2009 and needed surgery to repair part of his colon that was causing faecal matter to enter into his abdominal cavity.

"I didn't know what was going on at first. I was very sick. I had some stomach pains here and there and some flu-like symptoms throughout the year," Lesnar said of the situation.

UFC president Dana White revealed Lesnar was "freaking out" due to the illness and that doctors had the heavyweight on morphine for pain relief.

Should Brock Lesnar ever fight in the UFC again? Let us know in the comments section below

"He didn't eat. They were feeding him intravenously. He didn't know what was going on," White said.

"They had him on morphine for the pain and he was panicking and freaking out, ripping heads off, mine included."

Lesnar admitted the illness made him consider his fighting future, but he would eventually return to the octagon to submit fellow giant Shane Carwin.

But after battling with the illness again during his losses to Alistair Overeem and Cain Velasquez, Lesnar would call it quits on fighting and return to the WWE in 2012.

He infamously ended the streak of fellow WWE legend The Undertaker at Wrestlemania 30 and enjoyed another reign as the organisation's heavyweight champion.

Lesnar shocked the MMA world in 2016 when it was announced he would return again at UFC 200, weighing in at 265.5lbs for his decision win against Mark Hunt.

But the heavyweight was later fined $250,000 and suspended for a year after testing positive for banned substances, with his win against Hunt being changed to a no-contest.

Now 44-years-old and having returned to the WWE since his last fight, another return to the octagon is unlikely for Lesnar.

The WWE star spouts a much leaner frame and even has grown out his facial hair, a contrast to his days as the UFC heavyweight champion. 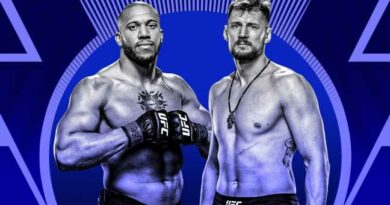 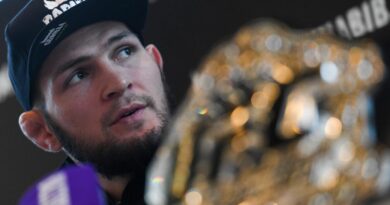 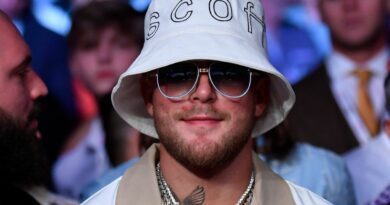