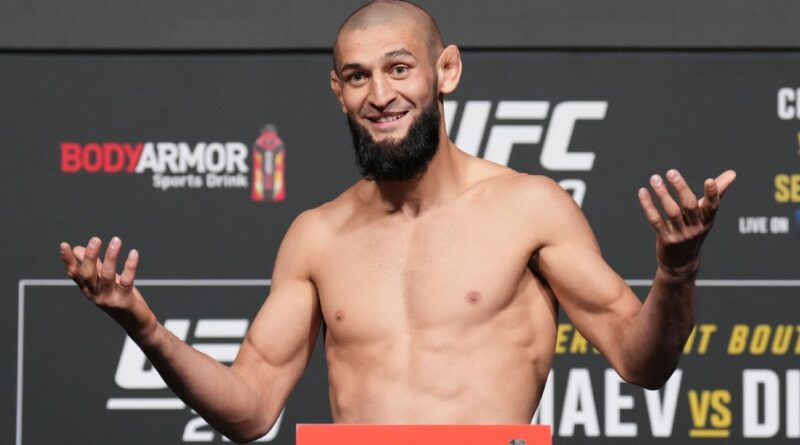 Chimaev and Nate Diaz were contracted for a welterweight bout to headline UFC 279 on Saturday night at T-Mobile Arena. The nontitle welterweight limit is 171 pounds and Chimaev weighed in at 178.5 pounds. Diaz was 171 pounds.

As of late Friday morning, the status of the biggest fight on the pay-per-view card was very much in jeopardy.

To further complicate matters, this was supposed to be the final fight on fan-favorite Diaz’s UFC contract, and he would be a free agent following this weekend. It’s unclear what would happen contractually if Diaz, 37, does not fight Saturday.

Chimaev, 28, is one of the UFC’s biggest rising stars and was a -1000 favorite, per Caesars Sportsbook. The UFC essentially booked this fight to get Chimaev a bout with a big star in Diaz in which he was supposed to win.

Chimaev has had a bizarre week. He got into a verbal altercation with middleweight Paulo Costa on Wednesday at the UFC Performance Institute and Thursday before the UFC 279 news conference, Chimaev got into a skirmish with Kevin Holland, who is on the UFC 279 card, scheduled to fight Daniel Rodriguez. Chimaev kicked Holland during the fight. The news conference was ultimately canceled.

When Chimaev weighed in Friday morning, he shrugged his shoulders and showed no contrition for the massive miss. Later, he posted a meme joking about missing weight on Twitter.

The co-main event fighters both made weight for UFC 279. Tony Ferguson and Li Jingliang each weighed in at 170.5. Holland was 179.5 pounds and Rodriguez was 179 for their 180-pound catchweight bout. 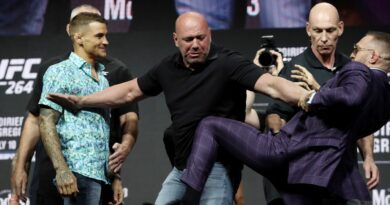 Dustin Poirier responds to Conor McGregor kicking out during staredown