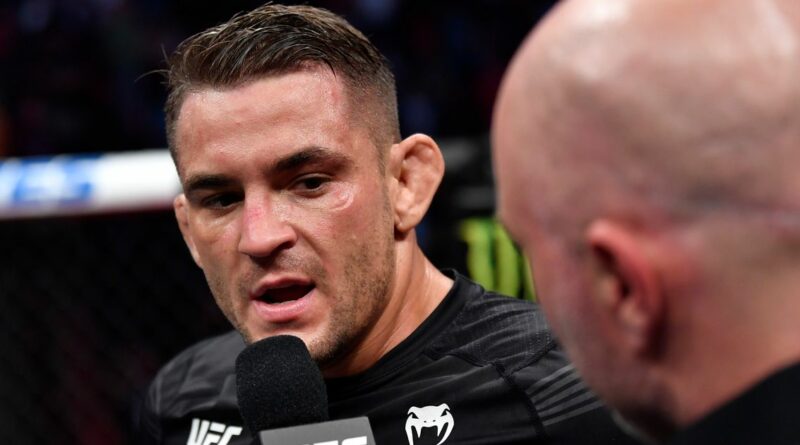 Dustin Poirier has accused Conor McGregor of cheating after he won their trilogy bout at UFC 264.

The American had beaten the Notorious one earlier this year and again saw off the Irishman thanks to a doctor's stoppage.

McGregor left the octagon with a snapped leg as his hopes of a revenge victory were dashed.

But Poirier claimed his opponent was cheating during their contest, not that it altered the result.

He said: “I let him up because he had three fingers in my glove, the cuff of the tape, so it’s a good grip, and he’s pulling me down into up-kicks.

"He’s pulling me down and kicking up at the same time. I’m not surprised that he does that kind of stuff.”

Poirier said he complained about the move to referee Herb Dean, adding: “I was telling Herb, I can’t get out of it!”

McGregor was accused of doing similarly when he lost to Khabib Nurmagomedov back in 2018.

There's no doubt that his stock has fallen further following the defeat, his third in his last four bouts, with Poirier now looking set to face Charles Oliviera for the lightweight title.

But the Irishman, despite his loss, was not prepared to go quietly however.

“Your wife is in my DMs, hey baby,” he shouted as his opponent returned to the dressing rooms.

“Hit me back up I’ll chat to you later on, I’ll be at the after party at the Wynn night club. You look in bits you little h**!

“I was boxing the ears off him, kicking the legs off him, usual s**** he dived to close the distance.”

Poirier's wife was seen giving McGregor the middle finger as he received treatment in the octagon.

The American addressed his opponent's trash talk in the build-up to the defeat, and felt he exceeded the mark.

“He said he was going to send me home in a coffin, you don’t talk like that, I hope this guy gets home safe to his beautiful family.

“He hit me with a good cross , just like the last fight, I didn’t see it and it kind of clipped me, I was a little bit buzzed but my legs were still there.”