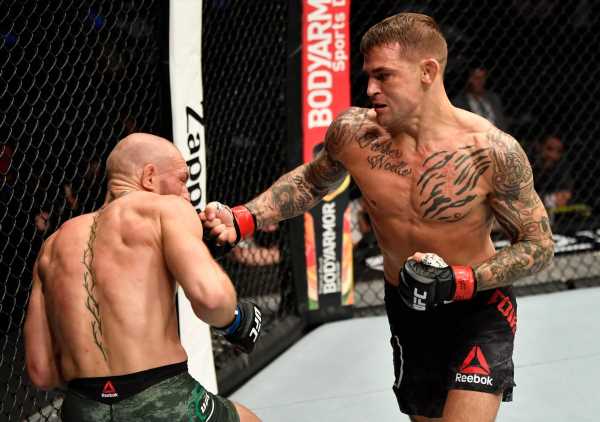 Dustin Poirier has accused Conor McGregor of failing to deliver on his promise to donate to The Good Fight Foundation, with the UFC lightweights involved in a tense Twitter exchange ahead of their planned trilogy bout this summer.

In January, Poirier knocked out former dual-weight champion McGregor in a bout at 155lbs, exacting revenge on the Irishman almost seven years after losing to ‘Notorious’ via first-round stoppage at featherweight.

Ahead of the pair’s January main event, McGregor said he would donate $500,000 to The Good Fight Foundation, a charity set up by Poirier to help communities in need in his home state of Louisiana.

Poirier took to Twitter on Sunday, however, to suggest that McGregor had not followed through on his pledge.

Referencing a video in which McGregor predicted how he will defeat Poirier in the lightweights’ trilogy bout – which is as yet unofficial despite both fighters declaring they have signed contracts for a 10 July contest – ‘The Diamond’ wrote: “That’s a fun prediction!

“@TheNotoriousMMA you also predicted a donation to my foundation and you and your team stopped responding after the fight in January.

McGregor soon replied: “A donation, not a debt. We’ve been awaiting the plans for the money [but the plans] never came.

“I do with all my donations. Know where it’s going dot for dot. Otherwise it goes walking. As is the case with a lot of these foundations, sadly.

“You took the McG over the belt shows I was right,” McGregor added, with Poirier having apparently turned down a lightweight title fight in favour of a third clash with the Irishman.

Poirier responded by writing: “100% never a debt. You offered, we accepted, and like I said your Team never responded to our emails regarding the process of where funds would be put to work!

“July 10th you will taste defeat yet Again.”

The American also replied to a fan who suggested that Poirier and his wife, Jolie, had previously confirmed that a donation from McGregor had been received.

“We thanked him because his team reached out fight week to initiate the process but ghosted us the past 2 months after the fight,” Poirier wrote.

“My foundation has reached out 3 times since with no reply. We’ve moved past it! We will be announcing our next goal soon! Its a big one.” 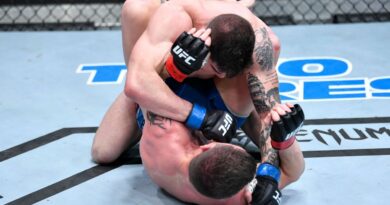