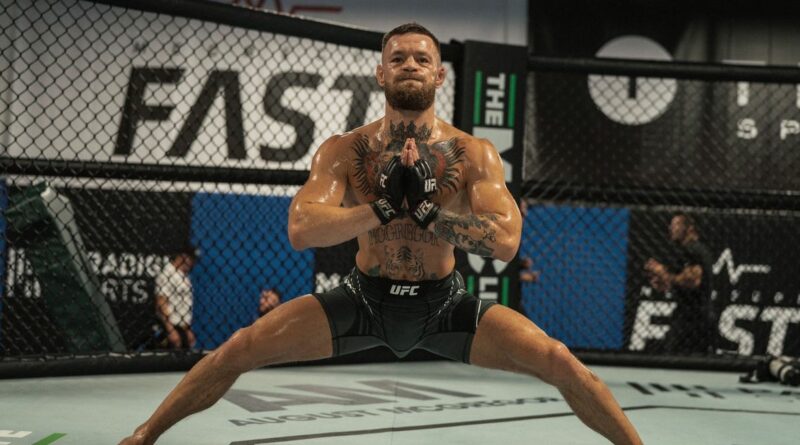 Conor McGregor insists he can avenge his defeat by Dustin Poirier this weekend after overhauling his training camp.

The Irishman was stopped in the second round of his January rematch with Poirier and later admitted to overlooking his rival.

He was instead focused on a potential boxing fight with Manny Pacquiao which was on the verge of being agreed.

But McGregor's first stoppage defeat in the UFC put paid to his ring ambitions and he instead chased a trilogy fight with Poirier.

And after arriving in Las Vegas yesterday, the former two-weight world champion delivered a confident report from his training camp.

"[We] just focused on mixed martial arts, first of all,” he told The MacLife. “It was an 85 per cent camp for boxing [before UFC 257], for Manny Pacquiao, that’s how the fight came about. It was going to be a charity event, not even under the UFC banner. "It was just because he was a southpaw and I felt a bit of pity for him and whatnot, so I’d help him out and that’s it.

"It went the way it went and I got a setback in there, but setbacks are a beautiful thing. Defeat is the secret ingredient to success, I say, and it’s put me right where I need to be."

McGregor and Poirier had initially agreed to a charity fight with both men aggrieved at being sidelined by the coronavirus pandemic late last year.

But the UFC stepped in to insist any fight be official and the rematch was agreed, seven years after McGregor stopped Poirier in the opening round of their first meeting.

And despite winning the first round on the judges' scorecards, McGregor was debilitated by Poirier's calf kicks and succumbed in the second session.

McGregor has long been renowned for his 'Mystic Mac' predictions – but his crystal ball failed him earlier this year.

Unperturbed, he has again predicted an early night at the T-Mobile Arena in Sin City.

"He won’t have any way to deal with what I’m bringing on Saturday, and that’s it.

"He talks some amount lately which he will pay for; it’s not going to be nice. I’m going through my opponent on July 10.

"Any man that fights me three times, God bless them. After I steamroll my opponent, I’ll decide what I want next."

Cerrone challenges troll to fight at his home after McGregor loss 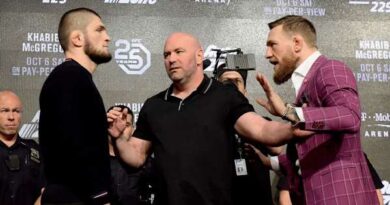 How many games will the Pittsburgh Pirates win in 2020?