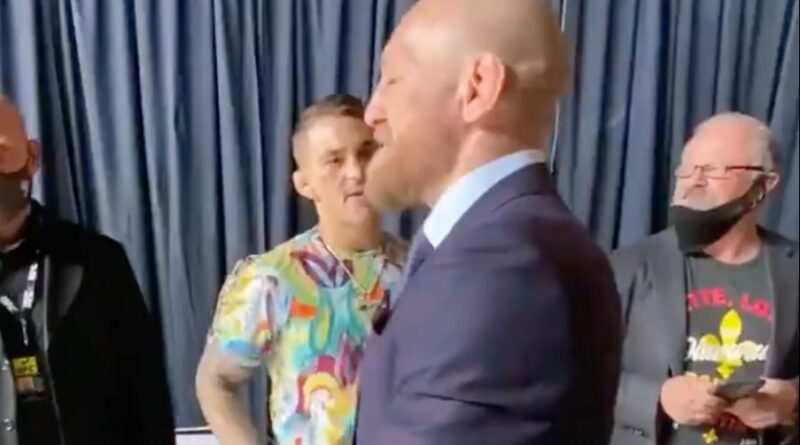 Conor McGregor was left on crutches after his brutal knockout defeat to Dustin Poirier at UFC 257.

The Irishman famously beat the American inside two minutes in their first fight six years ago.

But he had no answer this time around as Poirier executed an expert gameplan to perfection, using precise leg kicks to weaken McGregor’s base before unloading a barrage of shots to end it inside the second round.

McGregor was forced to use crutches to make his way to the post-fight press conference and admitted his leg was “completely dead”.

“It’s heart-breaking, it’s hard to take. The highest highs and the lowest lows in this game,” he said. “My leg is completely dead, and even though I felt like I was checking them [Poirier’s leg kicks] it was just sinking into the muscle at the front of my leg.”

“Dustin fought a hell of a fight. I thought I was better than him in the clinch, but too little too late. My leg was compromised and I didn’t adjust and that’s it, fair play to Dustin.”

“I’m very happen for him and very happy I got to come back and compete in my 11th UFC main event. I don’t know where I’m at the minute to be honest.”

This was McGregor’s first fight since stopping Donald Cerrone in 40 seconds 12 months ago. Before that he had not stepped inside the octagon since October 2018.

The Dubliner admitted his long stretches on the sidelines had come back to haunt him.

“If you put in the time in here, you’re going to get cosy in here and I just have to dust it off and come back and that’s what I will do. I need activity, you don’t get away with being inactive in this business,” McGregor said.