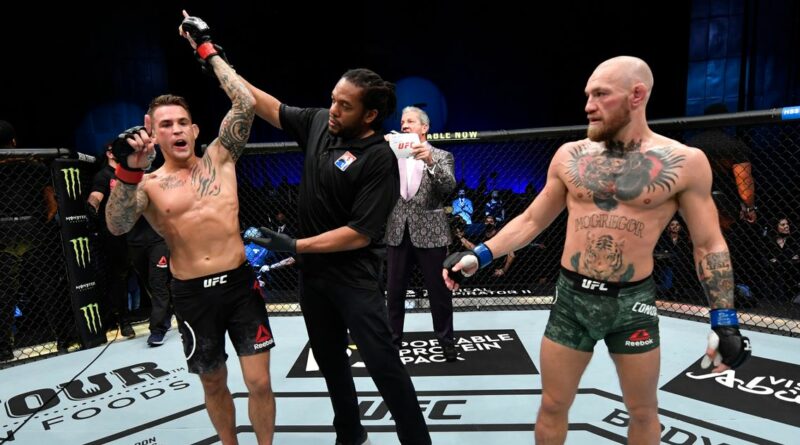 Conor McGregor has confirmed his trilogy fight with Dustin Poirier will take place at UFC 264 on July 10.

Poirier signed his contract earlier this week having knocked out the Irishman in their rematch in January.

And McGregor has now tweeted: "The fight is booked! July 10th you’re gonna see what the Mac is about. Adjust and absolutely f****** destroy! #BilliStrut"

The third fight is expected to be held at the T-Mobile Arena in Las Vegas as long as Covid-19 protocols allow but could alternatively be held in Abu Dhabi.

Both UFC 261 in Florida and UFC 262 in Houston will be held in front of sell-out crowds as the United States opens up following the pandemic.

Las Vegas are slightly behind other cities but arenas are set to be open at 50 per cent capacity from next month with Scottish boxer Josh Taylor's unification clash with Jose Ramirez one of the first fights to benefit.

McGregor's tweet alludes to the fact he was undone by Poirier's tactics in their second meeting earlier this year.

The American's clever use of calf kicks left McGregor struggling to put weight on his front foot from the first round before he was stopped in the second session.

The Irishman was later seen hobbling on crutches and has since vowed not to make the same mistake again.

"With a handle on the leg kicks I will get back to having fun in there," he said. "I was in second gear cruising this fight [and was in the] best condition I've ever been in.

"After the wrestling and clinch exchanges my shots still held their pop. First time for me with this so I am very encouraged to keep going. It was the first time I did not use/nor need the stool between rounds also. I did need the stool after tho that’s for sure.

"I am extremely happy I did not need to use the stool between rounds here anyway. Another first for me! I am most certainly on the right path. Despite the loss I am on the correct path of evolution."

Poirier, who lost his first fight with McGregor in 2014, could have opted to fight for the vacant lightweight title instead of completing the trilogy.

But he instead opted to reignite his rivalry with the Dubliner and either Michael Chandler or Charles Oliveira will be crowned the new 155lb champion next month.

The winners of both fights are then expected to clash later this year. 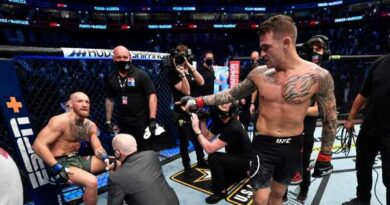