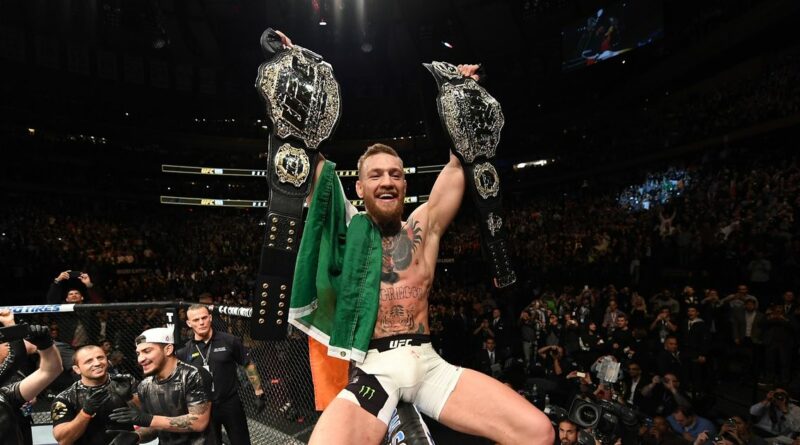 Conor McGregor could be forced to consider retirement if he loses his trilogy fight with Dustin Poirier in Las Vegas this Saturday night.

The Irishman is one fight from a shot at Charles Oliveira's lightweight title, but a loss would but him in a position where his path back to the belt would seem impossibly long.

He has gone 1-2 since becoming lightweight champion in November 2016, and lost his boxing debut to Floyd Mayweather before he returned to the cage in 2018.

And American Kickboxing Academy head coach Javier Mendez, who trained McGregor's arch rival Khabib Nurmagomedov as well as champions Daniel Cormier and Luke Rockhold, believes the he may have to consider his career with a loss.

"If he did lose a second time, I think he would really question if he really needs this or if he still has it" top MMA coach Mendez said speaking via the MyBettingSites blog.

However, Mendez also thinks that his fighter's mindset could see the Irishman continue to take bouts long after it is necessary for him to do so.

"It could definitely make him think about it, but he’s a real fighter too, so if he does lose again he’ll probably say ‘Im not leaving the sport like this’.

"If he does lose, he may not just be finished because he’s too much of a fighter."

McGregor no longer needs to fight having recently been named the world's richest athlete after breaking records for the amount he earned in the last year outside of his given sport.

The Irish UFC star saw off competition from the likes of Lionel Messi and Cristiano Ronaldo to be named the highest earning sportsman in the world, making £106 million from his recent sale of whiskey brand Proper 12 to Proximo Spirits.

He also made £15.5m from his one fight in the last year against Poirier, and is expected to make even more for the trilogy given increased pay-per-view sales and a full crowd in the arena.

It was only the third time that an athlete has made more than £49.5m away from their sport while actively competing, with tennis star Roger Federer and golfing icon Tiger Woods the other two to break that limit.

His income streams mean that the Irishman could easily retire comfortably, but Poirier has said that he believes that makes him a more dangerous opponent.

"That's a dangerous man," Poirier told ESPN last week. "Somebody who's doing it for themselves to prove something, he's not doing it for anything else but that, he doesn't need to.

"He's motivated, he's not coming out here to dampen his name any more, to get knocked out again or submitted again, he wants to build McGregor Enterprises back to what it was." 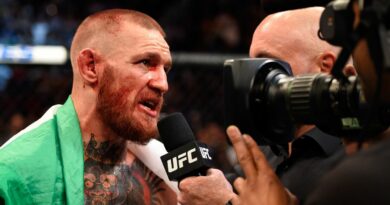