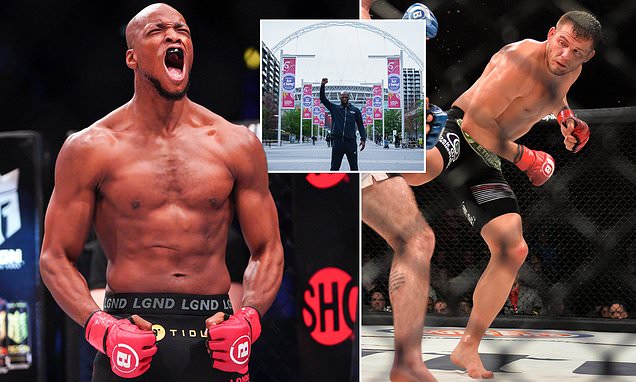 EXCLUSIVE: ‘It will be a very early night, I have an after-party to go to!’: Michael ‘Venom’ Page vows to deliver another London blockbuster in Bellator interim title clash with Logan Storley

Michael ‘Venom’ Page has vowed to provide his usual box of tricks at Bellator 281 in London this Friday night.

He is fighting for the interim welterweight title and will be backed by a packed Wembley SSE Arena, who he’s had feeding out of the palm of his hand with every box office cage walk and flashy striking display. 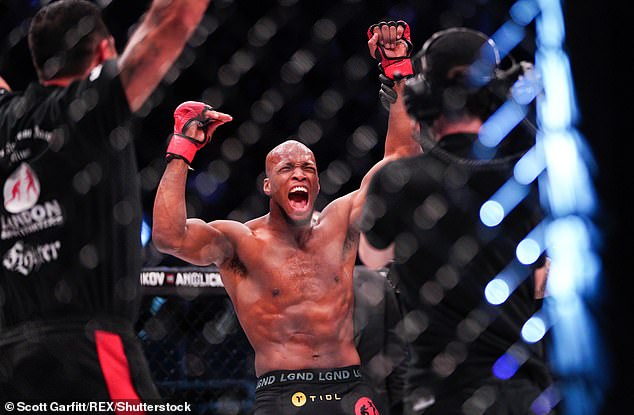 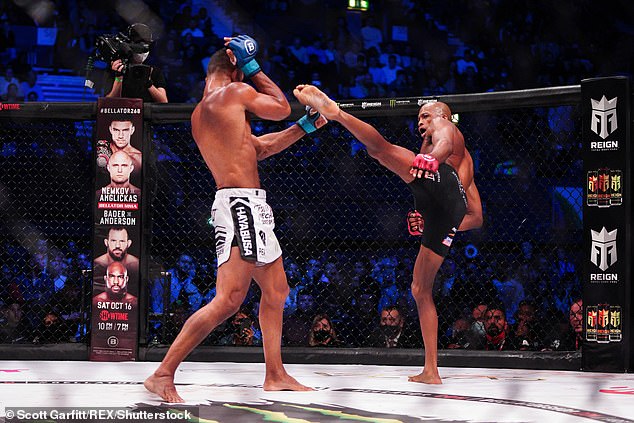 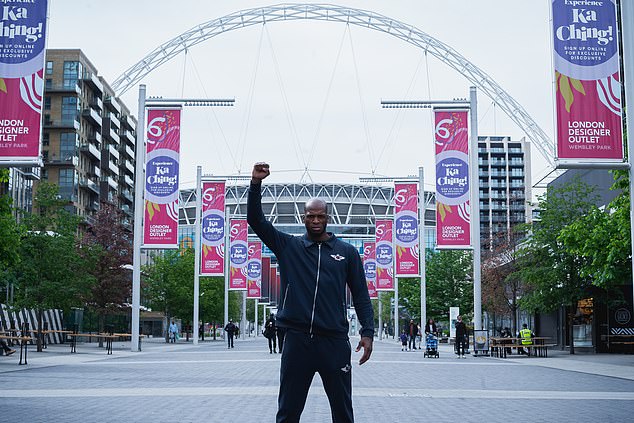 Does the excitement ever dull in making that entrance atop a hometown card?

‘The feeling a skydiver gets the first time he skydives is the same when he’s an expert,’ the 35-year-old exclusively tells Sportsmail.

‘Every time he jumps, he’ll feel the same. That’s why he gets back in the plane to jump again. It is the same here, every time I step out, that adrenaline… you can’t find it anywhere else, which is probably why a lot of competitors stay in a bit too long.

‘That feeling you get when you’ve put in a training camp and you’re walking out towards the ring, cage, whatever it is and you’re at war with an opponent trying to do the same thing to you, you can’t find anywhere else.’

Friday’s opponent has only lost once in a narrow decision defeat by undefeated champion Yaroslav Amosov. 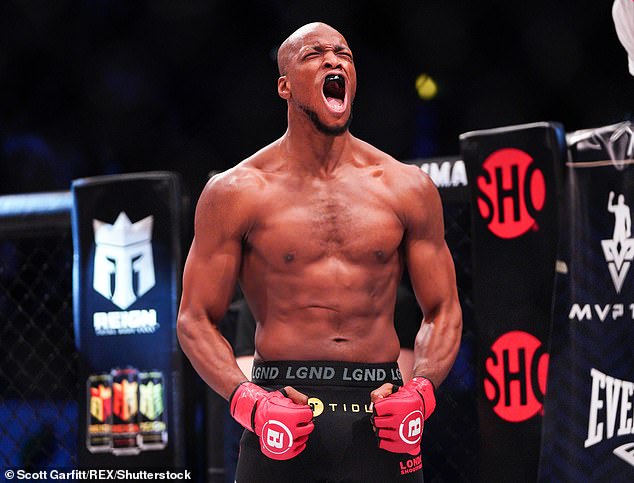 MVP was originally supposed to fight the Ukrainian before Russia’s invasion and the 28-year-old has taken up arms back home after moving his wife and young son to safety.

Storley possesses a serious threat in his own right and even though MVP expects to finish him quickly, the Londoner has put himself through serious punishment in training to prepare for all eventualities.

He went on: ‘It has been a long and heavy camp, the changes were more to do with the types of people we were going to bring in anyway just because of the different style of wrestling.

‘It was more to do with that because the takedowns are very different. To be fair, Logan in terms of wrestling, I have a better understanding than Amosov. Amosov’s style is very slick and tricky. Logan is more all-American, shoot, knee down, come to get you. 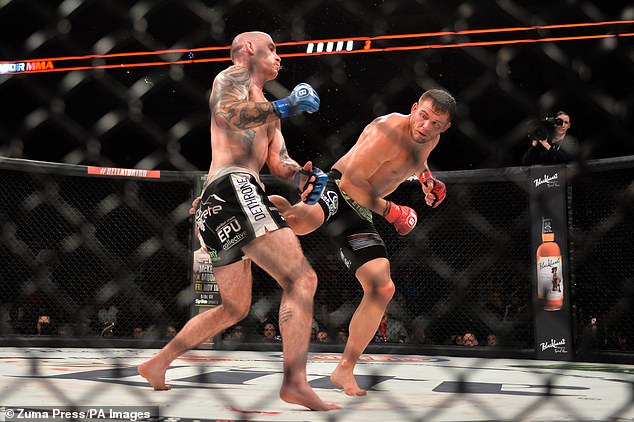 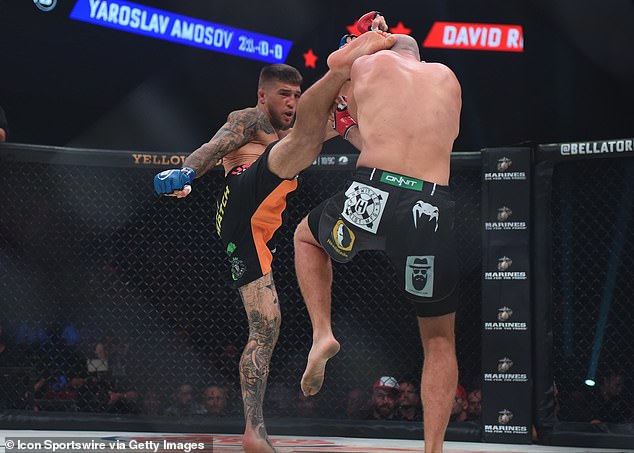 ‘It is rounds of being held in certain positions to figure out ways of getting up and hustling but doing it in a way that is not taking time because the rounds, the time is ticking.’

Page is a brilliant striker and also holds a mammoth eight-inch reach advantage over Storey. But he believes wrestling can be an ‘equaliser’, even though the American will struggle to pin him down.

‘The closing the distance will be hard for him anyway,’ he went on. ‘My level of movement and striking is definitely going to be difficult but the equaliser is how good he is at wrestling.

‘I had the conversation recently where wrestling is probably the only discipline that you can be undersized and get away with it. Jiu-jitsu you can’t, striking and kick-boxing you can’t.

‘This is why I feel like a lot of the big name wrestlers who achieve a lot don’t tend to be the biggest in their division. That’s the equaliser so I still have to make sure I’m on my game.’

Page defeated Douglas Lima in their rematch in the same arena last October and delivered a spectacular show, in and out of the cage.

Skepta performed as he walked out on the elevated red carpet and though he refused to divulge what he has up his sleeve this time, the Hackney-based fighter promised it will be worth the admission fee. 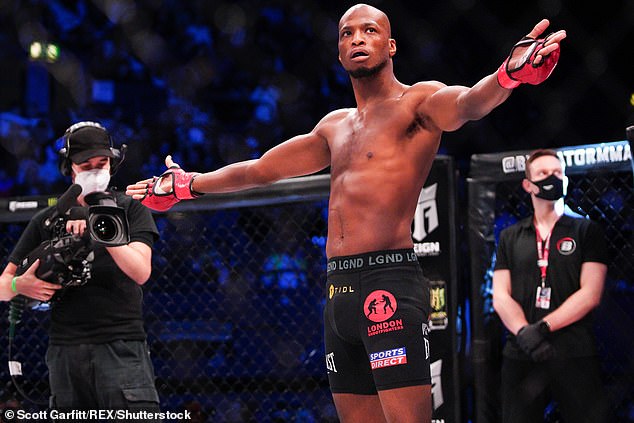 ‘Do I ever reveal anything!? I never say anything man, just enjoy the show. I love to make it memorable for not just myself and loved ones but everyone there attending.’

He continued: ‘Entertainment is the package deal you get when I step in the cage. I am lucky to be skilful enough and present enough to pull these things off.

For all those hours working back to his feet in the gym, MVP anticipates a rapid finish of the American in enemy territory.

He concluded: ‘It will be a very early night, I have an after-party to go to!’

‘It’s going to be a quick night. I’m not paid by the minute, no overtime here.’

Tickets for Bellator 281 MVP vs Storley are still available to purchase via both axs.com/uk and BELLATOR.com 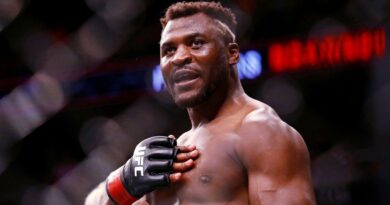 Chasing GOATs: Francis Ngannou may be on the verge of the greatest year in UFC history

Khabib Nurmagomedov insists his decision to retire from UFC is final