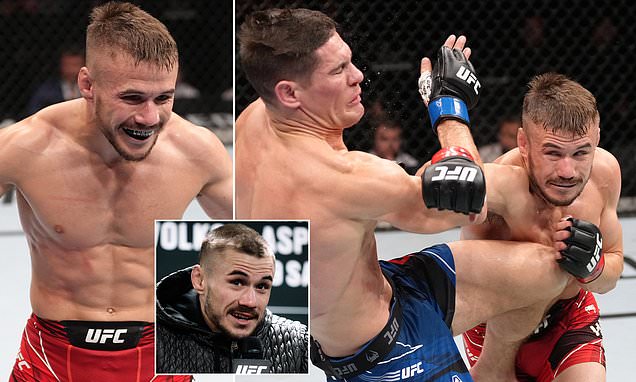 ‘I’m addicted to the feeling of having my hand raised’: Nathaniel Wood explains his rapid turnaround for UFC Paris and new lease of life at featherweight as he targets Fight of the Night bonus with Charles Jourdain

The image of Nathaniel Wood scything down his leg must be seared into the nightmares of Charles Rosa after their UFC London clash.

Wood was one of the outstanding performers on the card back in July and delighted his home crowd by dominating his Bostonian opponent.

After a frustrating couple of years, dogged by injuries and cancellations, the victory was as cathartic as it was thrilling for the British 29-year-old. 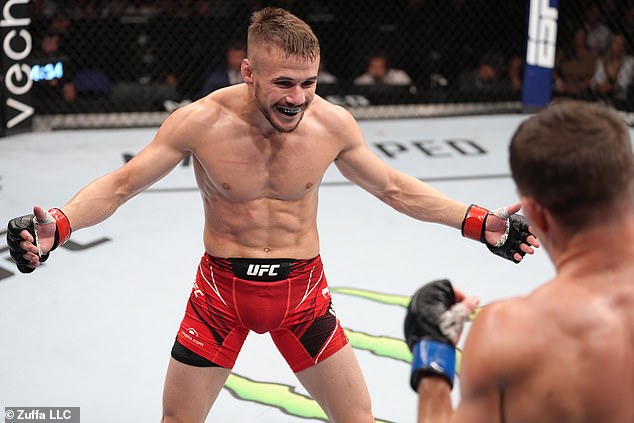 Fresh from his win over Charles Rosa, Nathaniel Wood will be taking on Charles Jourdain 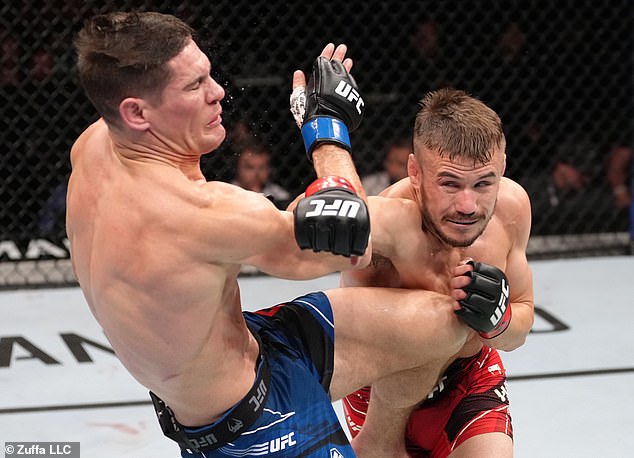 So it was no surprise a week later, when the dust had barely settled, that he called his manager asking for another fight as soon as possible.

The UFC obliged and he is the only Brit in making the hop across the Channel this Saturday for the promotion’s first event in France.

‘I literally messaged my manager the week after the fight, I hadn’t gone away, got fat, celebrating, drinking loads of alcohol, none of that stuff’, Wood told Sportsmail in an exclusive interview.

‘I just said, “mate can we go again, my fitness is there, I’m on the treadmill, I’m lean and don’t have to cut much weight”.

‘I just thought “this is what I want to do, why have time off when I’m ready to go again”.

‘I’m addicted to the feeling of having my hand raised and I want that again this Saturday.

‘Obviously it made sense to go on the Paris card, it is two-and-a-half hours on a train so I can’t wait to get back in there and do it again.’

Wood made his featherweight debut against Rosa and looked dialled in from the start. The jump from bantamweight has freed him and although the 5ft 6in pocket rocket will give up size to plenty of opponents at 145 pounds, there’s no doubt in his mind the decision was right.

He went on: ‘It is everything (not having to worry about weight cut). The fight camps at bantamweight were all about cutting weight.

‘The UFC would ask when I want to fight and I’d have to see what I’d weigh. Every training session was about my calories and fighting the scales rather than concentrating on my opponent.

‘Now I still have to cut weight of course but I am able to actually focus on my opponent and I can enjoy it. I go home and properly replenish after a training session, I don’t have to go home and feel guilty for having a protein shake. 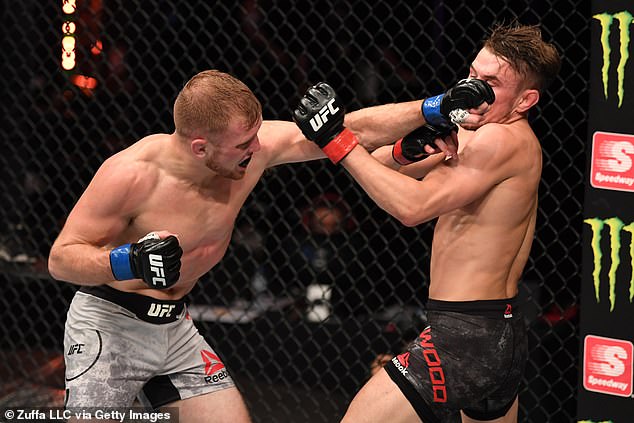 ‘This is definitely the move I wanted to make and I probably should have made it a long time ago. I’m loving it and enjoying every minute of it.’

Saturday’s opponent is French Canadian so is likely to have the crowd on his side.

Jourdain is an entertaining fighter, willing to take risks and the main card opener has the makings of a back-and-forth barnstormer.

‘I think stylistically we both make for a Fight of the Night type of matchup’, Wood said.

‘Hopefully we can put a show on for the fans and I want them to come away feeling like they got what they want.’

And in terms of the strategy itself, Wood will be looking to land his famed heavy leg kicks if the opportunity arises. 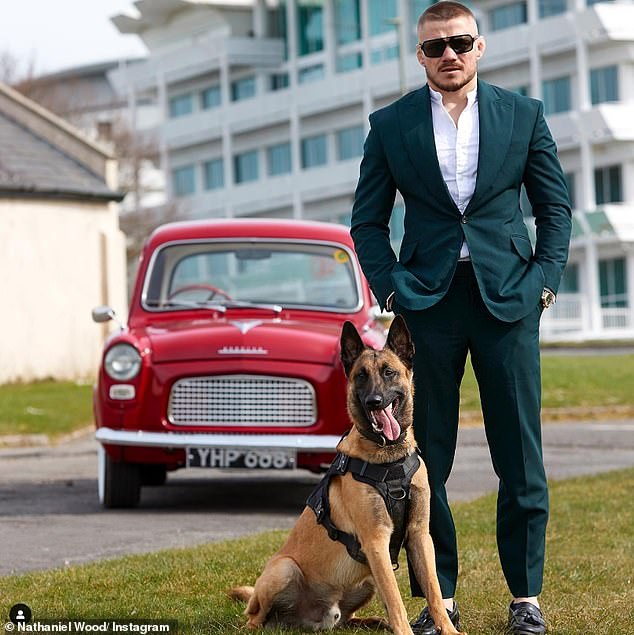 He said: ‘It will depend on the opponent, will the leg be there, what stance is he in? Is he going to go for a takedown? But I’m a leg kicker, that is my go to so 100 percent you’ll see that on Saturday.

‘I see myself getting the win in the second or third round, so I think he’s going to be a good fight but I think he’ll leave himself very exposed.’

British MMA is still on a high from the Leon Edwards KO of Kamaru Usman to become the second champion from these shores.

Inspired by his compatriot’s triumph in Salt Lake City, Wood is desperate to seize UFC gold one day and become the first man from the capital to become champion.

‘I watched Leon the next day, I am buzzing for him and in a way I’m proud of him. A British champion. I’m going to bring that belt back to London one day,’ he said.

Joaquin Buckley produced one of the most spectacular knockouts

Who is the pound-for-pound best striker in the UFC?