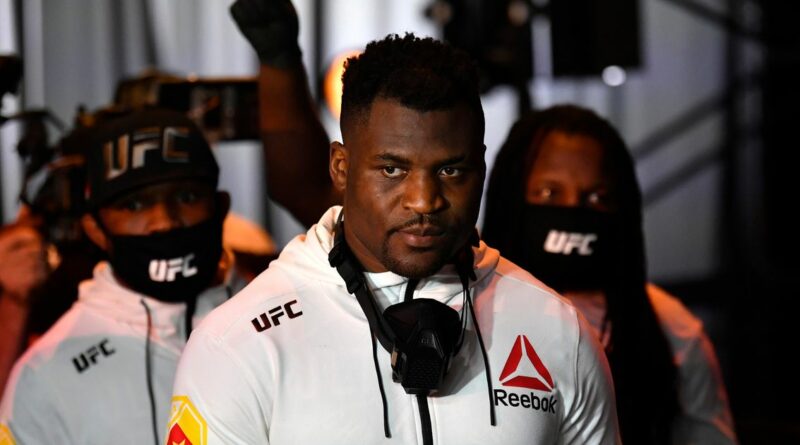 Francis Ngannou has branded his ex-coach Fernand Lopez "evil" after the trainer claimed he tried to stop Ciryl Gane being signed to the UFC.

Ngannou, the UFC's undisputed heavyweight champion, will take on interim title holder Gane next month in Anaheim, California in the first pay-per-view main event of the new year.

And there appears to be real bad blood between the pair, who at one time trained together at Lopez's 'MMA Factory' gym in Paris.

Gane has had an astronomical rise to the top of the UFC's heavyweight division, making his MMA debut in 2018 before going on a 10-fight winning streak that saw him signed to the promotion and crowned interim champion by last August.

And while the pair were still friendly and Gane was just 3-0, Lopez claims that Ngannou told the UFC's matchmaker Mick Maynard that the Frenchman was "good, but not that good", potentially stifling a deal for the fighter.

“Recently, I saw something about him," Ngannou said of Lopez in a video on his official YouTube channel.

"They sent me something like, where his coach Fernand said I told [UFC matchmaker] Mick Maynard that Ciryl is good but not that good or something like that.

"I understand this position is not; you want to take everything, you want to destroy somebody.

"But to go after him like that, associate other people; I mean, I think this is evil – but I know the man, and I know how it processed.”

The gym have released footage of the pair's training sessions together, which Ngannou believes is a tactic to make him look bad in the lead-up to the fight, which will headline UFC 27 0.

Ngannou says the footage is from January 2019, which would mean he was just returning to form between his knockout wins over Curtis Blaydes and Cain Velasquez, while Gane was just 2-0 and had been a professional less than a year.

Who do you think will win the UFC 270 main event between Francis Ngannou and Ciryl Gane? Let us know your thoughts in the comments section below!

“When I saw that footage, my first reaction was laughing,” Ngannou continued. “Because I know exactly what happened at those training sessions.

"But this is the thing; when they want to do some highlight, they always choose the part of the video that they use.

"And they have a lot of videos like that because, at the time, they were filming our training session to promote him, his fight, and everything.

"So, there was a lot of footage from those few training sessions, but a lot of them never came out and would never come out, and I know for a fact that they will never come out.

“It’s about making him look better and making me look bad, to prove that he’s the man.

"This is the thing, I really get intrigued by those stuff sometimes and then how they just control people’s mind, conditioning them to think." 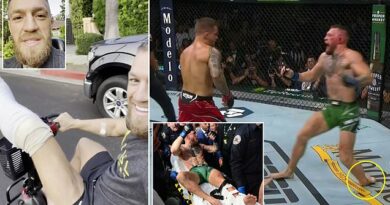 McGregor insists shin was fractured BEFORE the fight against Poirier