Home » MMA » Israel Adesanya vs. Marvin Vettori purse, salaries: How much money will they make at UFC 263? 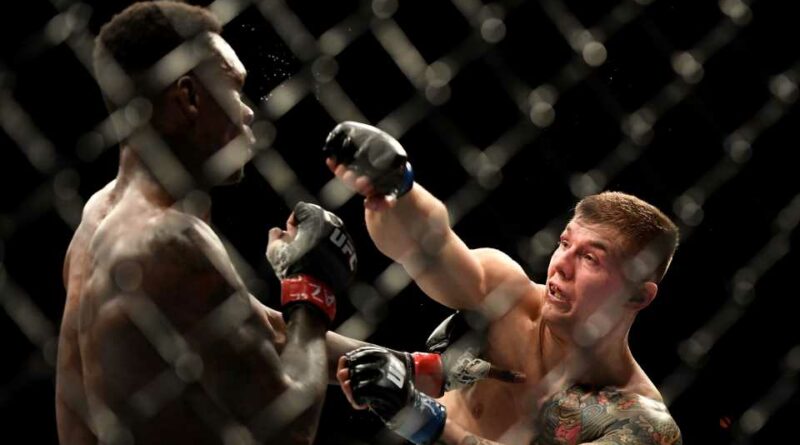 Another fight, another big payday.

This time, it’s Israel “The Last Stylebender” Adesanya and challenger Marvin Vettori who stand to walk away considerably richer from their UFC 263 berth. That said, both fighters enter the bout in Las Vegas under vastly differing circumstances.

Adesanya (20-1, 15 KOs) is coming off his first career loss, a unanimous-decision defeat at the hands of Jan Blachowicz for the UFC light heavyweight title on March 6. Vettori (17-4-1), has won his last five matches: four via unanimous decision and one by submission. His last fight? An April 2018 split-decision loss to Adesanya during “UFC on Fox 29.”

Saturday’s meeting — with Adesanya’s middleweight title on the line — is a far cry from these fighters’ previous meeting. Hopefully it can be just as closely contested as the previous match.

Either way, look for both fighters to make bank on Saturday. Here’s how much money they could make:

Confirmed payouts for UFC 263 purse won’t be released until after the event. But we can use the fighters’ previous bouts to make an educated guess at how much they’ll make in Saturday’s event.

Per Fight Streak, Adesanya made a confirmed $640,000 in his last bout at UFC 259, where he and Jan Blachowicz fought in the main event (he made $600,000 in purse and $40,000 as a sponsorship bonus). It’s worth noting that, as the challenger for Blachowicz’s light heavyweight belt, Adesanya made less money than the champion (who made $1.04 million).

Considering the UFC’s middleweight title is on the line, it’s likely the purse and payout will more closely resemble what Adesanya earned at UFC 259. “The Last Stylebender” should make the most from Saturday’s match.

What is Israel Adesanya’s net worth?

The estimate changes based on the outlet, but Adesanya’s net worth is generally estimated to be between $2.5 million and $3 million, based on confirmed payouts at UFC 259 and estimates from websites such as sportskeeda.com.

What is Marvin Vettori’s net worth?