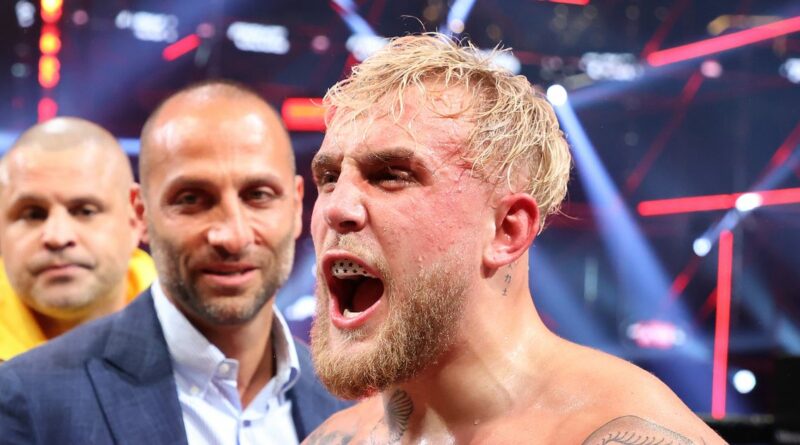 Jake Paul has continued his war of words with UFC welterweight champion Kamaru Usman, as he looks for his next big payday.

The YouTube star moved his record to a perfect 3-0 after overcoming former MMA star Ben Askren in Atlanta, Georgia.

It was a bout that was widely condemned after Askren was knocked out moments into the first round of the pay-per-view bout.

Since that fight concluded, Paul has been busily calling out some of the biggest stars in the fight game, in search of another huge bout.

The American attended UFC 261 this past weekend, an event which saw Usman dismantle Jorge Masvidal to retain his welterweight crown.

Shortly after that bout, in response to Paul’s confrontation with former two-weight champion Daniel Cormier, Usman told TMZ he might like to "beat the s***" out of "one of these internet guys".

Paul quickly responded, suggesting he would give the Nigerian Nightmare “the biggest pay day” of his career.

“Challenge accepted,” he wrote on Twitter on Tuesday. “[Usman], if your boss Dana gives you permission to box me and make more money than you ever have, let me know and we can lace them up. I promise it will be your biggest pay day.”

However, Usman subsequently changed his tune, with eyes on a more legitimate bout within the sport.

“Keep making your money young man, and stay on that side,” he replied hours later. “I ain’t no Disney kid and I don’t play fighting.”

Paul then hit back with a four point post, mocking the welterweight king: “So let’s get this straight,” he began.

“1. Usman calls me out to fight on TMZ sports interview

“2. I quickly accept the challenge to fight and will give him biggest pay day of career ($10m+)

“3. Usman then backs out of fight because I’m “a Disney kid”

Paul’s ultimate ambition is to take on Conor McGregor and believes knocking out one of his former opponents in Nate Diaz, would make a bout inevitable.

“I think people will immediately write me off,” Paul said about fighting Diaz.

“Even someone watching this interview right now is like, ‘Oh, this kid’s crazy. Nate Diaz is such a dog, he’s going to kill Jake, he’s out of his mind.’ But they’re going to tune in and watch, right?

“It’s two massive names, and it would be a massive pay-per-view, and then when they see me obliterate him, they’re jaws are going to be dropped – they’re not going to know how to react. They’re going to think it’s rigged again.

“And at that moment in time, I’ll be undeniable to fight Conor McGregor, because I beat the guy that beat you, Conor. And the Jake Paul vs. Conor fight is a massive fight.

“I’m like, why wait? I don’t need to be in this sport forever. I’m not trying to get 100 fights. Let’s do the biggest fights right away.”

Cerrone challenges troll to fight at his home after McGregor loss 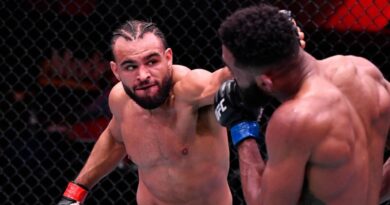