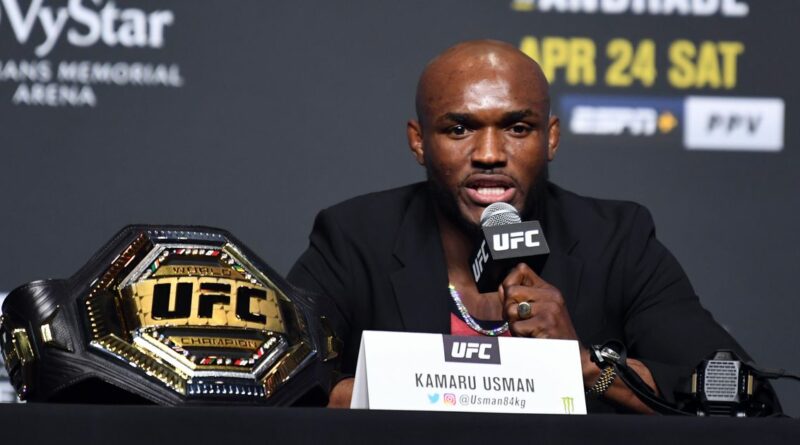 Kamaru Usman has taken aim at Conor McGregor after the Irishman called out Jorge Masvidal.

The Notorious, who has not been in the Octagon since losing to Dustin Poirier for a second time, took aim at his fellow UFC star after Masvidal lost his last two fights, both to Usman, the most recent of which coming in April of this year.

He was due to face Leon Edwards at UFC 269 on December 11 but has pulled out of the fight due to an undisclosed injury.

Edwards hit out at Masvidal on Twitter, saying: "Disappointed but honestly I knew this fraud didn’t want to fight me anyway."

McGregor has used the withdrawal against him in a birthday post on Twitter, in which he laid into the UFC star.

He said: "It’s also Jorge Masvadal birthday but he a b**** for bottling the fight against Leon. F*** your 'injury' You sign to fight, you fight. Strip that belt from him that he never even won.

"H** in a housecoat. The f*** was that about as well? Last seasons Versace house coat hahaha wtf!"

McGregor himself has been suffering with a broken leg following his latest defeat to Poirier.

The Irishman also spoke about injury issues in the build up to the defeat, something welterweight champion Usman is now keen to remind him of.

“You cry about injuries more than anyone after you get your ass whipped. Foot, Ankle, Shin what else am I missing?”

McGregor was quick to respond, tweeting: “Ye you’re missing something bro for sure. Don’t quite know what tho.

"Originality maybe? I don’t know, something. It’s like, nobody cares. No one cares what the f**k you’re at. And you try so hard too, I just don’t know. Somethings missing for you tho for sure. God bless anyway.”

Usman has previously called out McGregor for a bout inside the octagon.

It would be the first time the two athletes have fought and require the Irishman to fight at a different weight.

The Nigerian has previously mocked his rival, claiming he opted against taking up the chance.

He said: "I offered you the fight and you went missing. Let’s stay humble young man. I already took your pride. Don’t make me take your whiskey too".

McGregor said in the same exchange: "You were ringside last time I fought at 170. 40 seconds is all it took."

Where is UFC Fight Island? Location, venue and other details to know about UFC 251 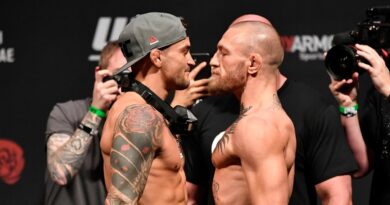