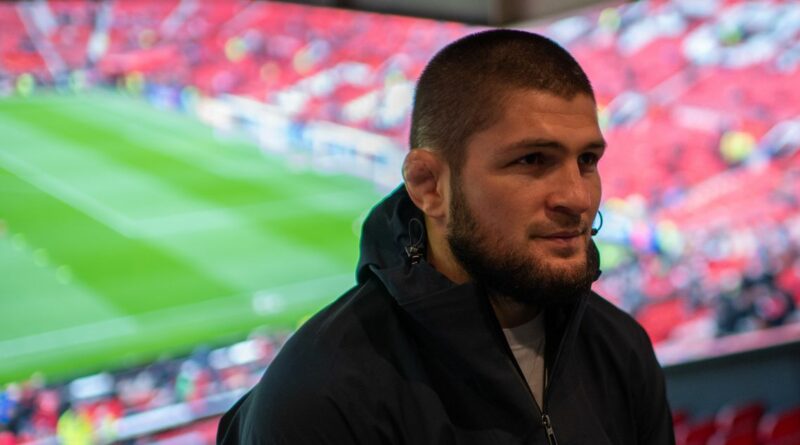 UFC icon Khabib Nurmagomedov admitted he was ready to fight 'drunk' Liverpool fans as he attended Anfield on Sunday.

Khabib was in the stands watching the pulsating 2-2 draw between the Reds and Manchester City, where Mohamed Salah’s unbelievable solo goal was cancelled out by Kevin De Bruyne.

The Russian fighter revealed there are times when he feels uncomfortable in public, and Sunday’s match was one such occasion.

“When I go to McDonald’s, I feel pressure: ‘who’s filming me?’” he confessed at a talk in Harrogate, Yorkshire.

“If I go with friends, I say, 'you have to have my back.' Today, when we came out at Anfield, I was stuck with thousands of drunk Liverpool fans.

“I could not walk. It was people traffic. I felt pressure. And a lot of people were like, 'ooh, Khabib' – but they don't understand who I am.

“Of course, I feel a lot of pressure. I was ready to fight.”

Do you think Khabib will return to UFC? Let us know in the comments section.

“I go to the stadium to watch and enjoy this beautiful game,” Khabib explained. “Today was very dangerous when I was with Liverpool fans but it was fun. And I was ready to fight.

“It was an amazing atmosphere today but the game was even better. I was rooting for Man City. I just love this sport.

“Manchester, Liverpool, I don't care. I just love football, sport. I was watching this game – I don't even blink. You guys can support whoever you want.”

Khabib’s talk in Yorkshire threatened to spiral out of control, particularly when an unknown man jumped onto the stage. It appeared to be a threatening moment, but the man held up a camera as he took a more direct approach to getting a selfie with the Russian.

Khabib barely flinched during the alarming change of events, and several members of his team moved in to remove the fan from the stage.

Khabib, who thanked everyone in attendance, told the man: “No, no, no, brother – don’t do this.”

He then went on to give the crowd some advice from his exploits around the world: “Please take care of your kids. This is our future. This is most important.” 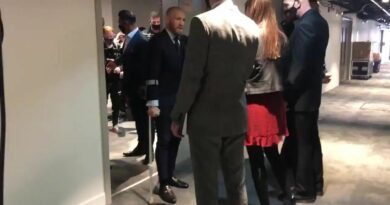