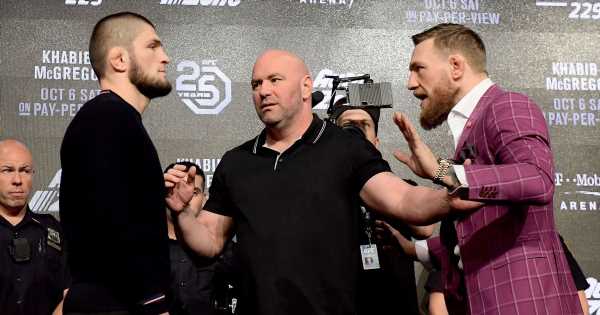 Khabib Nurmagomedov has praised Dustin Poirier for his win over Conor McGregor at UFC 264.

The undefeated Russian is a UFC legend, and one of McGregor's most intense rivals in the sport, so he was delighted to see Poirier get the victory over the pair's mutual enemy.

Khabib fought both McGregor and Poirier in his unparalleled career, beating both men by submission; first McGregor at UFC 229 and then Poirier at UFC 242, both for the lightweight title.

"Good always defeats evil," Khabib said on Twitter after the fight. "Very happy for Dustin Poirier, I hope you will get the belt end of the year."

Nurmagomedov and Poirier's build-up and post-fight was a whole lot more calm than the one a year prior when the Dagestani fighter faced McGregor.

For years, the pair traded barbs, and their press conferences were pretty testy and reached infamous levels of heated discussion from both men. McGregor even attacked a bus full of UFC fighters in Brooklyn after a media event to get back at Nurmagomedov for an incident that took place between him and the Irishman's close friend Artem Lobov.

Ray Borg and Michael Chiesa, two top prospects in the flyweight and welterweight divisions respectively, had to pull out of their fights that weekend due to injuries suffered during McGregor's crazy attack.

He was arrested a forced to serve community service in New York following the bus attack, and soon after a date was set for McGregor to fight Khabib at the T-Mobile Arena in Las Vegas.

The pair first came face-to-face at a press conference at the Radio City Music Hall in New York, which the UFC refused to allow fans to attend due to the hostility between the fighters.

Only media were allowed to attend the event, and it proved a good call as McGregor, who drank his Proper 12 whiskey during the conference was marred with tasteless comments on both sides of the aisle.

It concluded with a heated face-off after which McGregor made some pretty heavy accusations towards Khabib's manager Ali Abdelaziz which started a rivalry of it's own between the pair.

The fight between MMA's most bitter rivals finally went down at the T-Mobile Arena in Las Vegas on October 6 2018, with the Russian coming out on top.

However, the event is known best for the post-fight antics, when McGregor and Khabib both became embroiled in post-fight brawls that cost them heavy fines.

Khabib jumped out of the cage to attack McGregor's cornerman and close friend Dillon Danis, who is known for trolling and was actively winding the Russian up during the bout.

A year later, Khabib defended his lightweight belt against Dustin Poirier in the Middle East, with the pair exchanging gifts to sell for charity after the bout.

Poirier almost submitted Khabib with a guillotine, but ultimately succumbed to the same fate as McGregor in the fight; a submission loss. 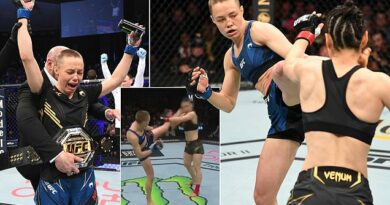