Khabib Nurmagomedov will earn a career-high purse of $6million (£5m) for defending his lightweight title against Dustin Poirier.

The champion headlines UFC 242 in Abu Dhabi tonight in his first fight since he choked out Conor McGregor last October.

On that occasion Nurmagomedov was paid $2m although half of his purse was withheld following the post-fight riot in Las Vegas.

The Russian was eventually fined $500,000 after he clambered over the cage to confront McGregor's teammate Dillon Danis.

A year on and Nurmagomedov is cashing in on his new-found popularity. "This time, it will be 3-3.5-fold higher," his father and coach Abdulmanap said.

"We aren't fighting for peanuts and we know our value."

"That sum (of $2 million) is too little for us because we are the best at the moment. We have defeated the best and are ready to keep fighting with the best.

"We are also popular and we know it. When we enter the arena you will see for yourself how the audience will greet Poirier and how (they'll greet) Khabib."

Nurmagomedov also vowed not to let his bumper pay day go to his head.

He said: "I like money but the important thing is that not everything is about money.

"Money is very important, but, at the same time, money can be very dangerous too.

"If money gets inside your mind it is bad but, when you have it in hand your hand, it is good because you are able to help people.

"When money gets inside you head, that is when it is a problem."

Poirier is expected to earn less than the champion as he bids to win his belt. 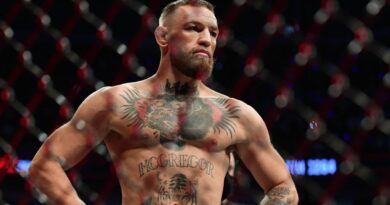