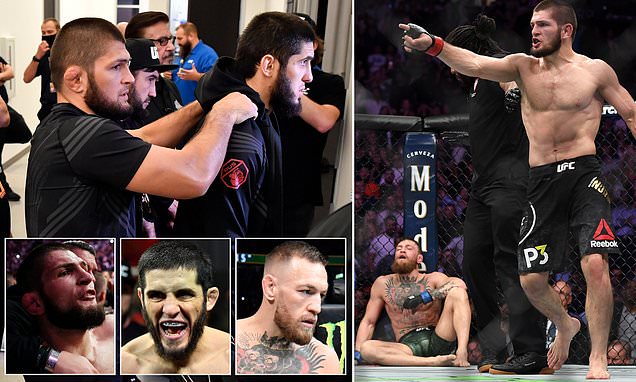 Khabib Nurmagomedov’s protege Islam Makhachev may be set for a ‘dream fight’ with Conor McGregor to settle ‘leftover business’ between both camps.

McGregor took on arch nemesis Nurmagomedov in 2018 and lost after a fourth-round submission via rear-naked choke, before tempers then spilled over outside the octagon and a fracas broke out.

It was expected that the grudge would see both fighters take on each other again, but a rematch failed to take place after Nurmagomedov announced his retirement and opted to take up coaching. 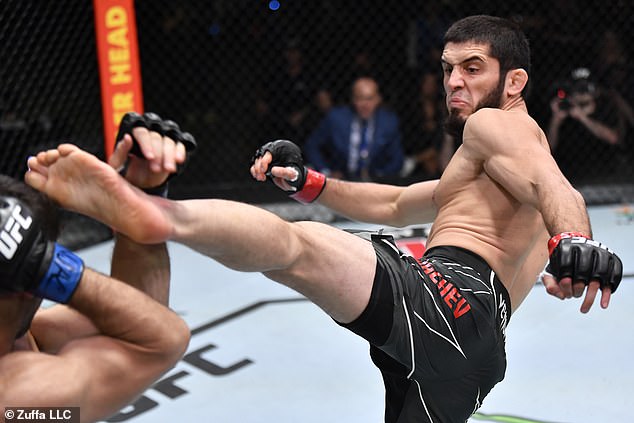 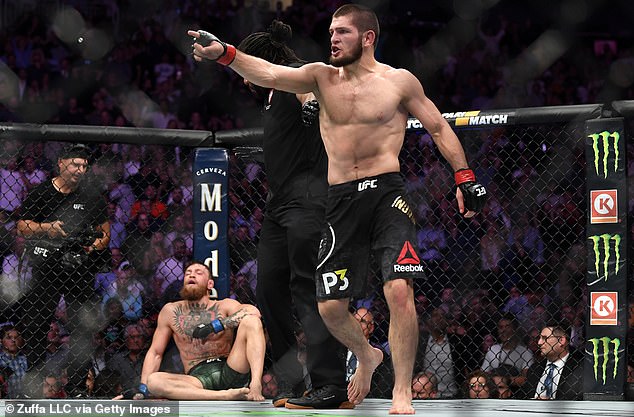 The highly-rated Makhachev is one of the prospects under his stewardship, and the lightweight contender took his record to 20-1 after beating Thiago Moises in his very first UFC main event at the weekend.

And now, it has been revealed by ESPN that McGregor, who is currently out injured after suffering a grizzly leg break in his defeat at the hands of Dustin Poirier, is the man being lined up to take him on.

Reporter Brett Okamoto said on Twitter: ‘Team Makhachev taking post-fight victory photos in the back. Makhachev’s manager tells me this fight – Islam vs. Conor – is now his “dream fight.” 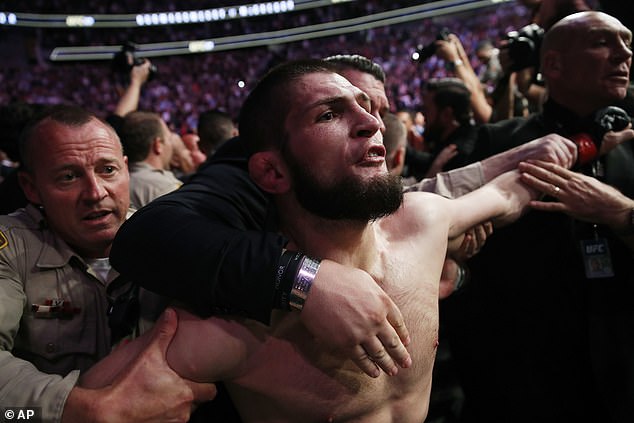 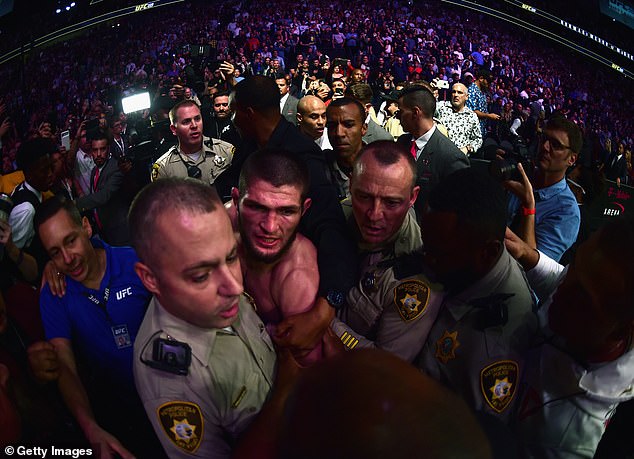 ‘Says it would finish all of the leftover business between the two teams.’

Ali Abdelaziz, Nurmagomedov’s manager, is also seemingly eager to see both fighters step into the squared circle. He tweeted: ‘When did McGregor come back I want to see @MAKHACHEVMMA Break his neck not his leg (sic).’

McGregor is facing up to an uncertain future after being forced to settle for a second consecutive defeat against Poirier, and he is expected to be out for around a year after undergoing surgery on the leg injury.

The trilogy bout was brought to an early end by doctor stoppage, and ‘Notorious’ was taken to hospital for treatment. He has since taken to social media to update his fanbase, and appears to be in positive spirits. 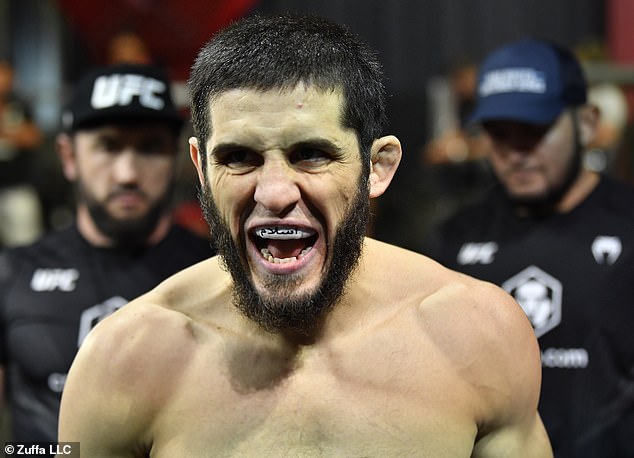 Makhachev, who beat Thiago Moises at the weekend, may help finish any ‘leftover business’

Nurmagomedov, however, believes that his rival McGregor is now ‘finished’, insisting: ‘With broken legs, he’s never going to kick the same. With him, no, I don’t believe [he’ll return to the top].

‘Conor [is a] good age, but what happened with his mind, legs – this guy is finished, but he’s good for promotion.

‘If he want to come back, OK, make him fight one more time with Dustin Poirier and finish this guy. I think [that’s] what UFC going to do with him or maybe make his fight versus Nate [Diaz]. But both of them, I think he’s going to lose.’

McGregor was widely criticised for his toxic trash talk prior to his third showdown with Poirier, having name-dropped his opponent’s family and vowed to ‘murder’ him. 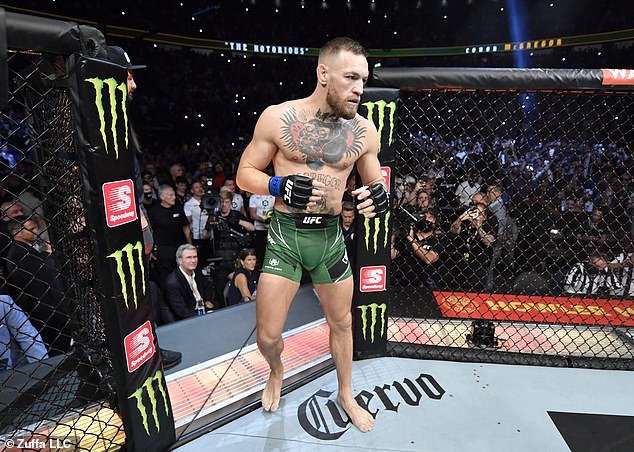 ‘I think it was fake Conor. That’s my opinion,’ he added. ‘Because a couple of months ago we see how he was nice. It looks like fake. That’s why this trash talk don’t work on Dustin Poirier I think.

All-time great Nurmagomedov stepped away from fighting at an unbeaten 29-0 last October after defending the lightweight title against Justin Gaethje. 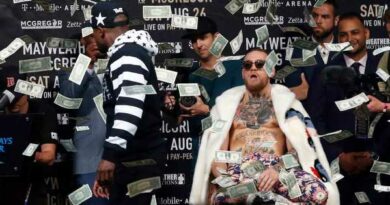 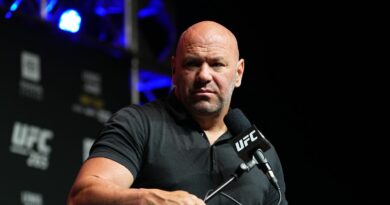