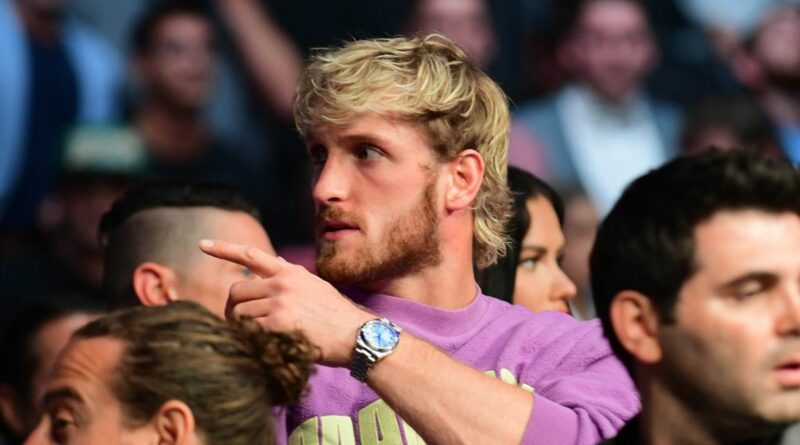 YouTube star Paul and in particular his brother Jake have been on the receiving end of a number of White's infamous verbal tirades this year after comments the younger sibling has made regarding the UFC and fighter pay.

But when White called the elder Paul brother, he was actually inviting the social media sensations upgraded seats that allowed them to sit just inches away from the likes of former President Donald Trump.

Speaking on his podcast 'Impaulsive', Paul explained that he had White's number in his phone due to a group text for celebrities to bet on the Kentucky Derby horse racing festival, and that the UFC boss was very friendly in their phone exchange.

"I answer, and I'm not sure what to expect," Paul told his co-hosts when pressed on what was said. "Jake's p***ed him off, him and Jake have an ongoing feud.

"But I've come out publicly and said I love Dana White, always have always will, he's a ruthless businessman, the head honcho, but I'm not sure how he feels about me.

"By default, my relationship with my brother will always take precedence but if I can be cool with someone I will.

"So he calls me up and says 'hey man, is this Logan', and I'm like 'yeah what's up Dana', and he explains that we've got two tickets, but he says he has better ones.

"These seats are in what's called 'billionaire's row', and he says I'll have a much better experience, and I'm like flabbergasted and honoured.

"Dana White is accommodating me, this is fantastic, and I'm like 'sure', I told him 'thanks Dana,' and I hung up and Jake is like 'that was weird'."

Paul did admit that he had one problem with White's seating arrangement – another influencer named Faze Banks got to sit next to supermodel Adriana Lima.

The YouTube brothers were in attendance with a duel goal of trolling McGregor in the hope of orchestrating a potential fight, and supporting their friend and bantamweight contender Sean O'Malley who fought Kris Moutinho on the undercard.

Logan's brother Jake wore his infamous 'sleepy McGregor' chain, worth a reported $100,000, to his plush seat, and claims that the Irishman noticed it as he was preparing for the fight.

The chain is currently en route to Poirier as a congratulatory gift for winning his trilogy with McGregor, and according to Paul will then be auctioned off for 'The Good Fight' charity.

"Yeah, Jake showed me this chain," Logan explained. "I said, ‘I’m going to be honest, like, bro, I’ve been in this game. I know what a viral f***ing move looks like'. This is one of the most f***ing brilliant fun things I’ve ever seen in my life.

"He’s holding a f***ing Nyquil bottle, dude. ‘Sleepy McGregor’, like, his underwear is diamonds. Like, at his fight.” 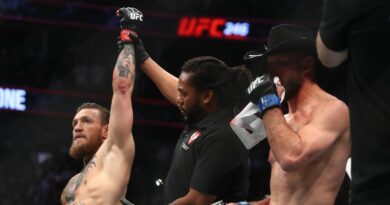