Home » MMA » McGregor hails White as his 'brother for life', year on from fallout 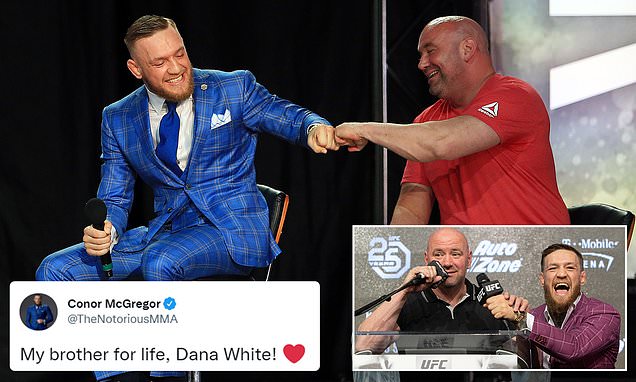 Conor McGregor hails Dana White as his ‘brother for life’ after UFC president praised his loyalty, with pair burying the hatchet after last year’s massive fallout over leaked messages

Conor McGregor has hailed UFC president Dana White as a ‘brother for life’, 15 months on from the low point of their working relationship.

Both men have been integral in steering the UFC to the global behemoth it has become and although it has not always been plain sailing, the pair are now on great terms. 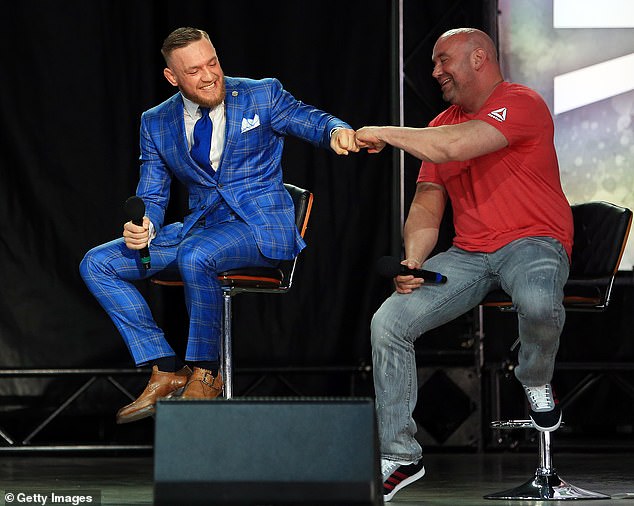 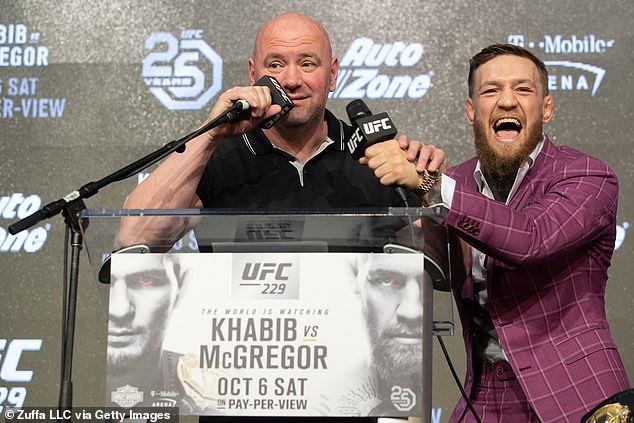 ‘Conor McGregor’s one of them.

‘Conor’s a f*cking handful boy, but when you look at the way fighters are built, they’re different to everybody else on this planet.

‘The Ronda Rouseys, Chuck Liddells, Matt Hughes, Conor McGregor, I don’t want to not mention people but there’s been a lot of fighters over the last 20 years that have been very loyal.’

McGregor then responded, tweeting: ‘My brother for life, Dana White.’

What was once a blossoming relationship between the UFC head honcho and his most famous fighter turned sour in 2020.

McGregor was pushing for a fight during the peak of the pandemic but the UFC were reluctant to schedule one behind closed doors.

The Irishman grew frustrated and shared private messages between himself and White, one where he proposed a scrap with Diego Sanchez.

White came out and publicly admonished McGregor, saying: ‘Everybody here knows — even the ladies — this is some man code stuff.

‘It’s just something you don’t do.

‘It’s one of the dirtiest things you can do, because we were just talking about Diego Sanchez.

‘And Diego Sanchez is in there in a private conversation I was having with Conor.’ 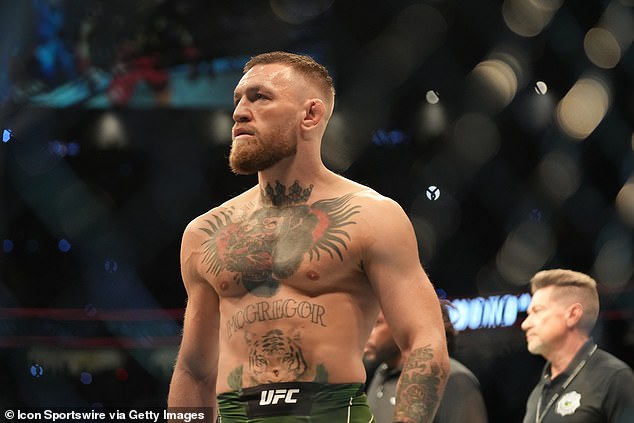 But the hatchet has been well and truly buried by the pair and McGregor is working hard to recover from his leg break ahead of a comeback next year.

He suffered two defeats by Dustin Poirier in 2021, though the second of which was an unsatisfactory conclusion after the horrific injury.

The former two-weight champion will be back in full sparring by April and is expected to fight again in the summer, according to White. 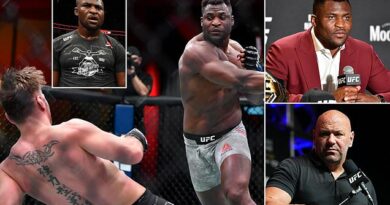 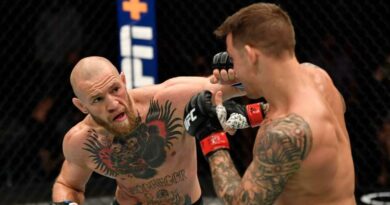 Conor McGregor vs. Dustin Poirier 3 purse, salaries: How much money will they make at UFC 264?